When it comes to languid strolling, there is nothing like a bridge and Bath is home to one of the most beautiful in the world. 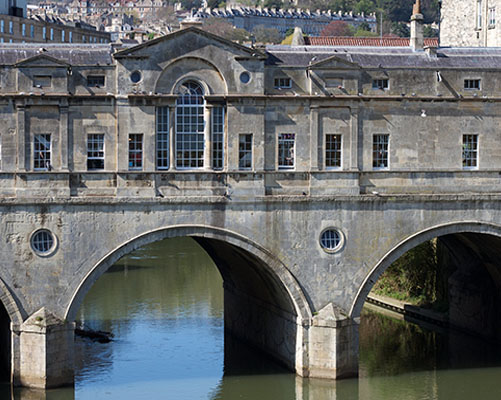 Built between 1769-1774, Pulteney Bridge is the creation of the Scottish Neoclassical architect Robert Adam following a commission by Frances Pulteney, owner of the Bathwick Estate. Pulteney’s 600-acre estate lay just across the River Avon from the city of Bath, and he was keen make the most of the building boom that was taking place as a result of the city’s new-found status as England’s most fashionable Spa town.

Earlier in his career, Adam had spent time in Italy and the influence of the great Rennaissance bridges he encountered there can be clearly seen. Like Florence's Ponte Vecchio and the Rialto in Venice, the elegant Pulteney Bridge is lined with shops. Adam's original plan was for 11 separate shops with lofty, Venetian windows in the river-facing facades and matching Venetian doors on the street side.

By late 1773, the bridge was ready for occupation, but take up was slow – the shock of the American War of Independence had put a stop to Bath’s development and, rather than providing a link to a Palladian townscape in Bathwick, Pulteney Bridge led out onto rural meadows. When building finally began in Bathwick  in March 1788, it was Thomas Baldwin rather than Robert Adam who provided the plans.

The 18th and 19th centuries saw many alterations to Pulteney Bridge – not all of them good – but in January 1936, it was scheduled as a national monument. Bath City Council, who already opened a few of the shops, bought the rest and the following year the City Surveyor went back to Adam’s original plans and designed a restored façade which was completed in time for the Festival of Britain in 1951. 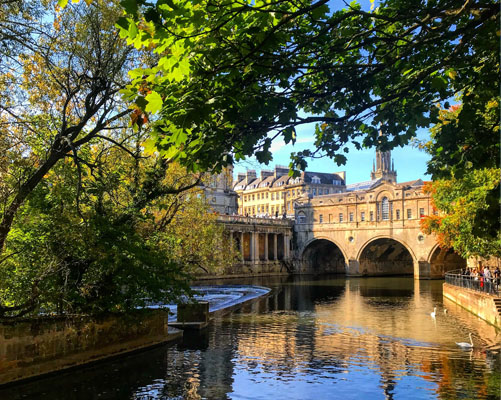 Today Pulteney Bridge is a Grade I listed building and one of only four bridges in the world to boast shops across its entire 45m length. With plenty of places to eat and drink too, it is the perfect place to soak up the spirit of Bath. 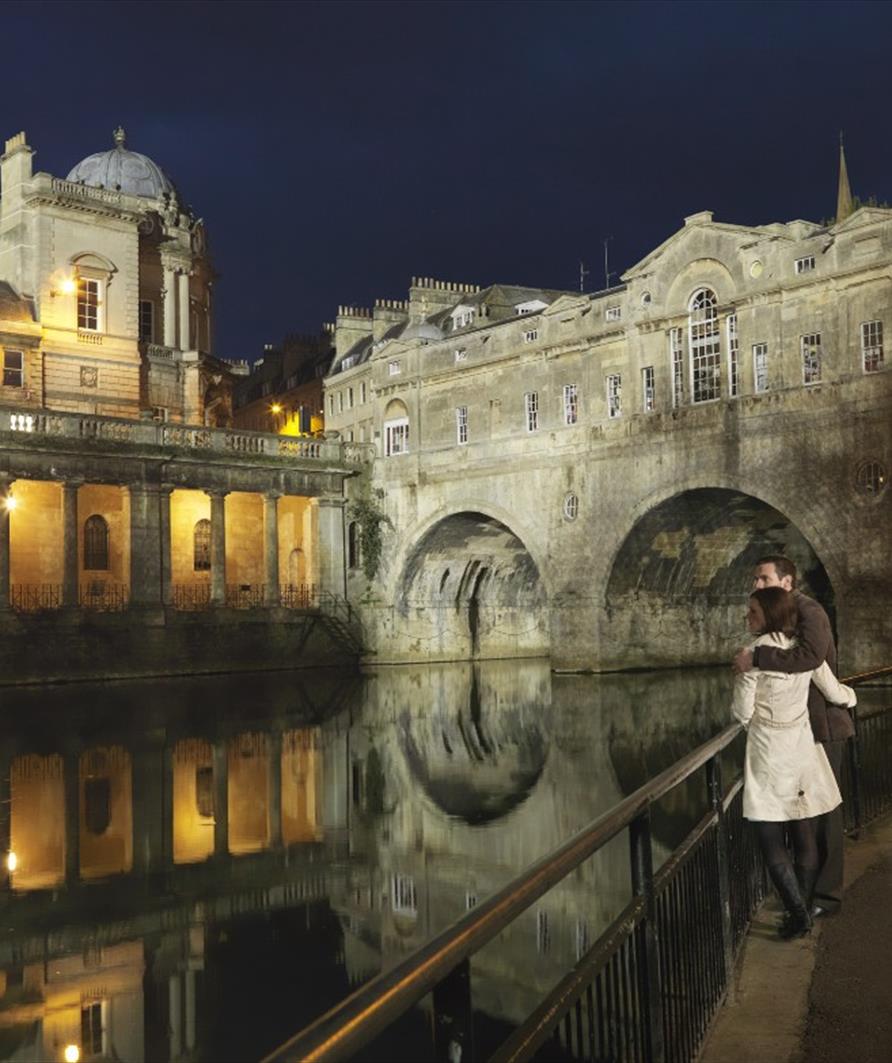