2022 is the 200th anniversary of the Mauritshuis museum in the Hague. Built in the 17th Century as a private residence for Johan Maurits van Nassau-Siegen and turned into a museum in 1822, it is home to the best of Dutch painting of the 17th Century. More than 200 masterpieces by Dutch and Flemish masters are on display in the intimate interior, with its silk wall covering, sparkling chandeliers and monumental painted ceilings. The collection includes Vermeer’s Girl with a Pearl Earring, Rembrandt’s The Anatomy Lesson of Dr. Nicolaes Tulp, and Fabritius’ The Goldfinch.

The anniversary celebrations begin, rather fittingly, with an exhibition dedicated to flowers. We asked the show’s curator Ariane van Suchtelen, to tell us more.

AvS: We wanted a really festive subject to start the anniversary year and flowers are something that you give someone for a birthday. And the Mauritshuis has the best collection of 17th Century Dutch and Flemish flower still life paintings in the world.

ECT: So what can visitors expect to see?

AvS: The idea is, of course, to showcase our amazing collection and tell the story of this genre of painting, but we also want to reveal how flowers and science and art went hand-in-hand, so there is quite a lot of contextual material too. And we also celebrate the women artists who specialised in flower paintings. 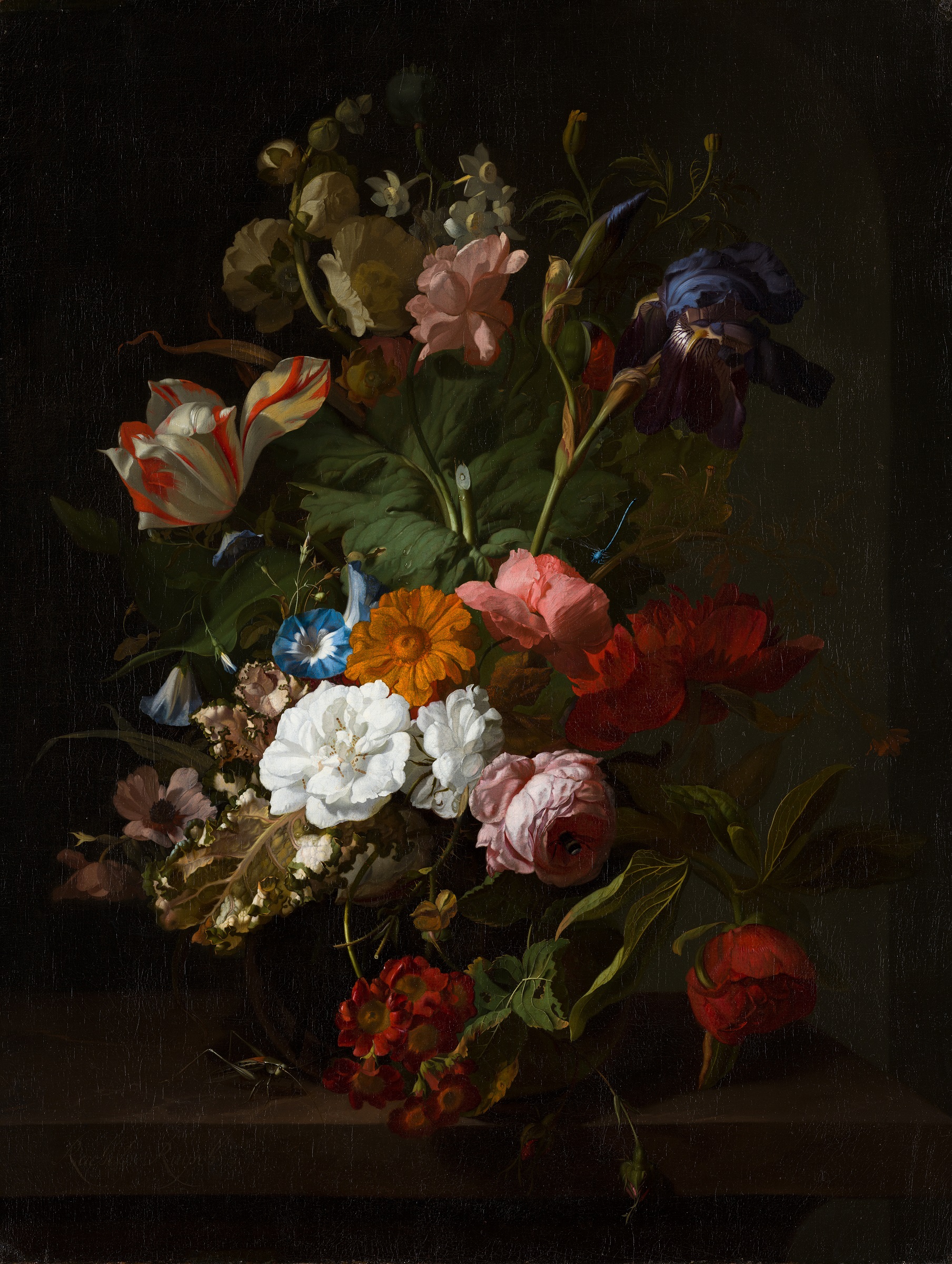 ECT: Tell us about some of the highlights.

AvS: The show begins with two early works - Hans Memling’s, Flowers in a Jug, loaned by the Museo Nacional Thyssen-Bornemisza in Madrid, which is considered to be the first still life of flowers, and a very fine, small painting by the German artist Ludger tom Ring, who did a number of works in the late 16th Century that were probably part of pieces of furniture. Then there is a room of what we call the ‘pioneers’ – people such as Ambrosius Bosschaert and Roelant Savery – who were working shortly after 1600, and in the final room there are fantastic flower paintings by Jan Davidsz de Heem and Rachel Ruysch, representing the real blooming of the genre in the second half of the 17th Century.

Narcissi, Perwinkle and Violets in a Ewer, Ludger tom Ring the Younger c.1562 Mauritshuis, The Hague (purchased by the Friends of the Mauritshuis Foundation, 2015) 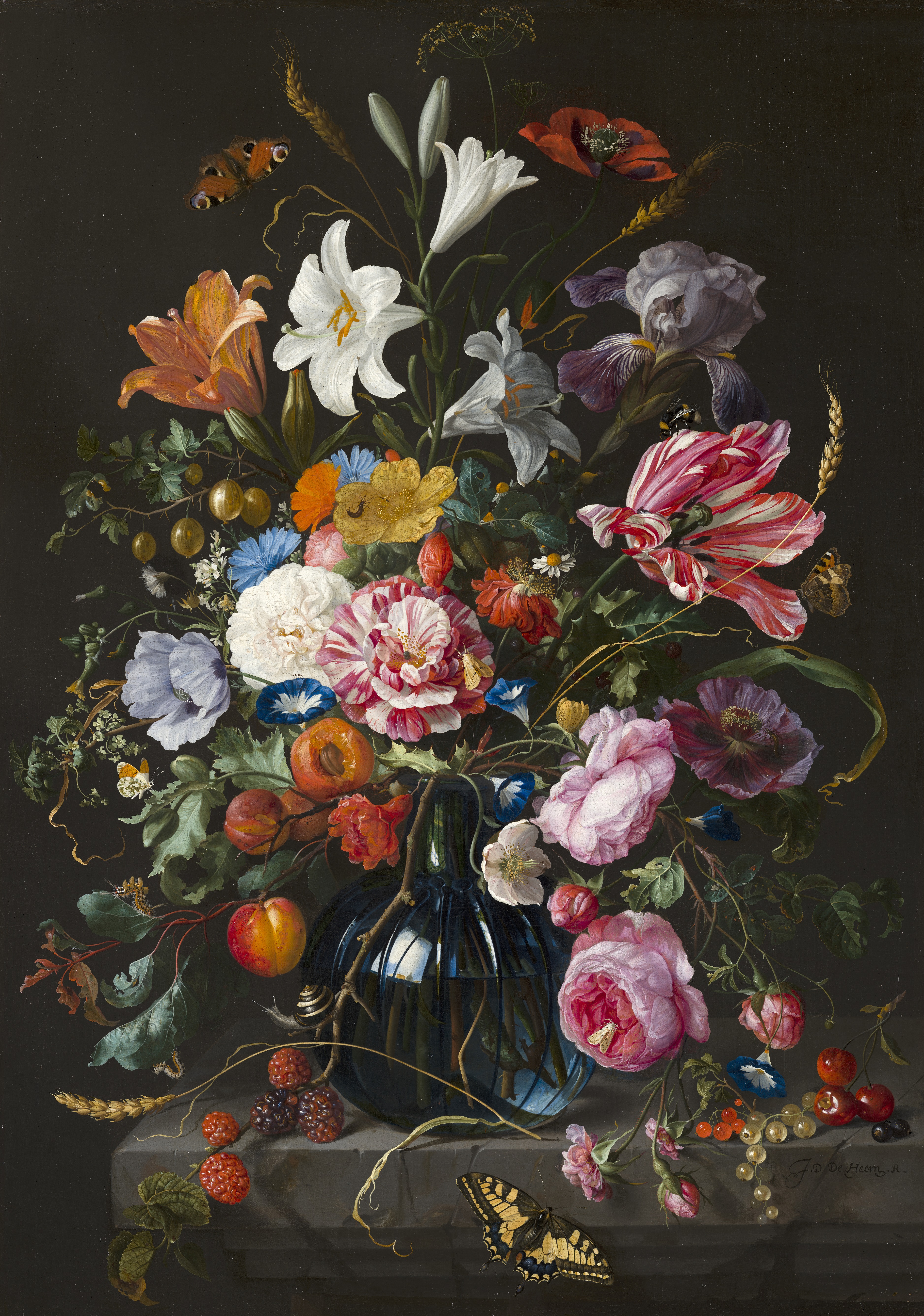 Vase of Flowers, Jan Davidsz de Heem, c1700 Mauritshuis, The Hague (purchased by the Friends of the Mauritshuis Foundation with a major contribution from Hans Heinrich, Baron Thyssen-Bornemisza and the support of the Rembrandt Association, 1993)

And we have some fascinating albums too, telling the story of the scientific links. The low countries were the foundation for a lot of botanical research at this time, and many artists were commissioned by scientists and botanists to depict new species. We are showing a number of albums made for the Amsterdam Hortus for example, which are illustrated with watercolours of the species that were grown there. They aren’t usually available to the public so that’s very special. And we’ve got two books by Carolus Clusius, the founder of Hortus Botanicus in Leiden and one of the most famous plant researchers of his time, as well as albums documenting Tulip Mania. In one of them a dealer has recorded a price of 4.200 guilders for a single bulb. That’s about the same price as an Amsterdam canal house!

ECT: There were several successful women artists working at time too?

AvS: Yes, and that is an important focus of the exhibition. Two stars of the show are Rachel Ruysch who specialised in flower paintings and is now getting the attention she deserves, and Maria Sibylla Merian, one of the greatest artist-naturalists of her time.

ECT: It promised to be a vivid bouquet - we can’t wait! 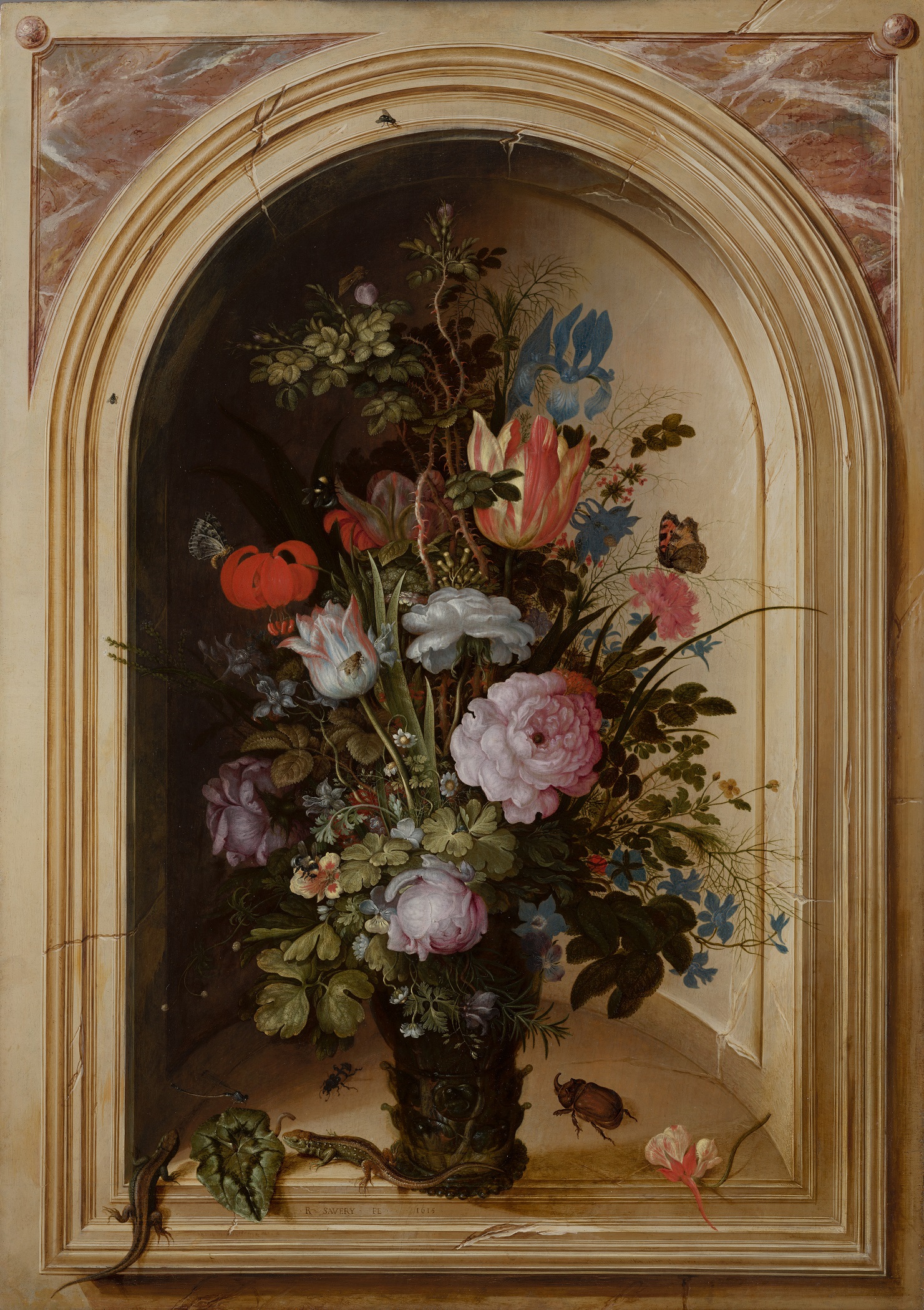 Vase of Flowers in a Stone Niche, Roelant Savery 1615 Panel Mauritshuis, The Hague (purchased with the support of the BankGiro Lottery, the Rembrandt Society ((thanks in part to its fund for seventeenth-century paintings)) and H.B. van der Ven, 2016)

You can visit this fabulous exhibition as part of our International Horticultural Expo Floriade & The Mauritshuis, May 2022 tour programme. Discover more here