Funicular railways are common in the mountains, but none is more spectacular than the Hungerburg. Designed by Zaha Hadid, it connects the centre of the Austrian city of Innsbruck with Hungerburg at the foot of the Nordkette mountains and soars with the Iraqi-British architect's signature curving façades. Small wonder that it set new international standards for modern architecture. 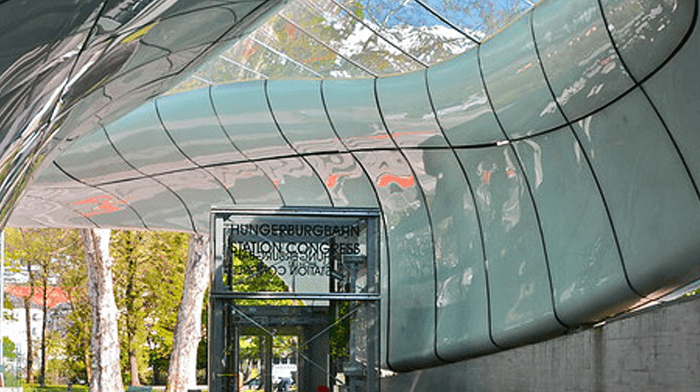 The journey along the Hungerburg funicular takes no more than eight minutes, but it is eight minutes of breath-taking mountain views and glorious architecture that brings the mountain into the heart of the city.

You can make the journey yourself on our Late Summer Tour to the Austrian Tyrol. Discover the programme here