In the second part of our TALKING TEXTILES conversation with author, photographer and Indian quilt expert Patrick J Finn, he told us the fascinating story behind the very first Kantha quilt he bought.

It was one of those “dumb luck” situations, where I bought a textile having no idea what it was – other than fascinating. The day had been spent digging through mountains of vintage Indian fabrics selecting pieces to send to America. My own “mountain” consisted of old wedding skirts from Gujarat, phulkaris from the Punjab, and rallis from Sindh. The small 15” x 10” cotton rectangle displayed lines of little men embroidered with green, red and black with the faces stitched in orange. In another context, they would have made charming graphics for a cartoon. 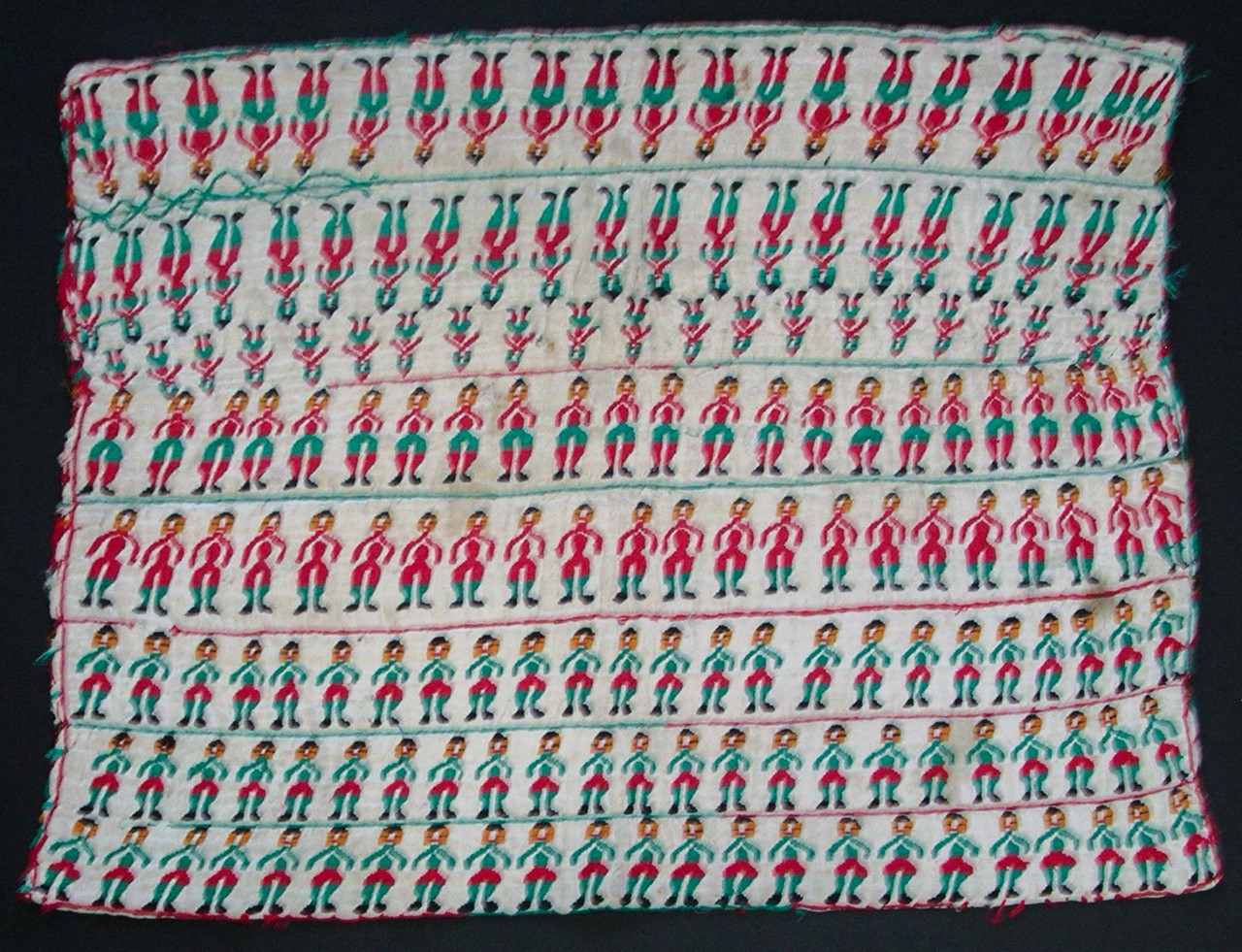 It was obvious the quiltmaker had spent hours repeating the same motif over and over – 153 times to be exact. Three lines of men are in reverse with one line rendered half-size. Except for the latter, each row of men is separated by a solid line in a matching colour, as was the outer border/closure.

I learned later that this was a kantha used as a pillow cover. Unlike its western counterpart, there was no envelope to enclose the pillow; it was simply laid on top of the pillow. This wasn’t the last I would see of these little men and eventually, little women. Ultimately, they would appear on larger kanthas. 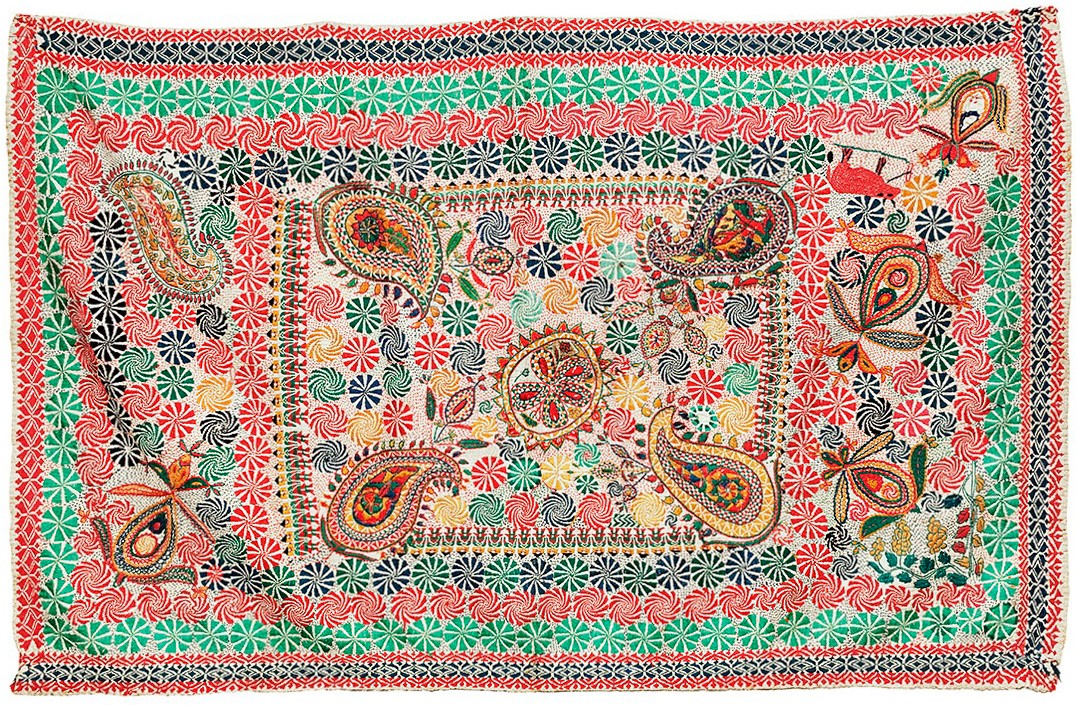 Who are these little people and where did they come from? What do they represent, if anything? Other kanthas feature rows of adivasi (tribals) recognizable by their distinctive costumes. But these folks are uniquely different. One clue is seen on one quilt featuring the cross-stitch, which is indicative of an eastern Bangladesh provenance i.e., Khulna, Rajshahi, or Jessore. 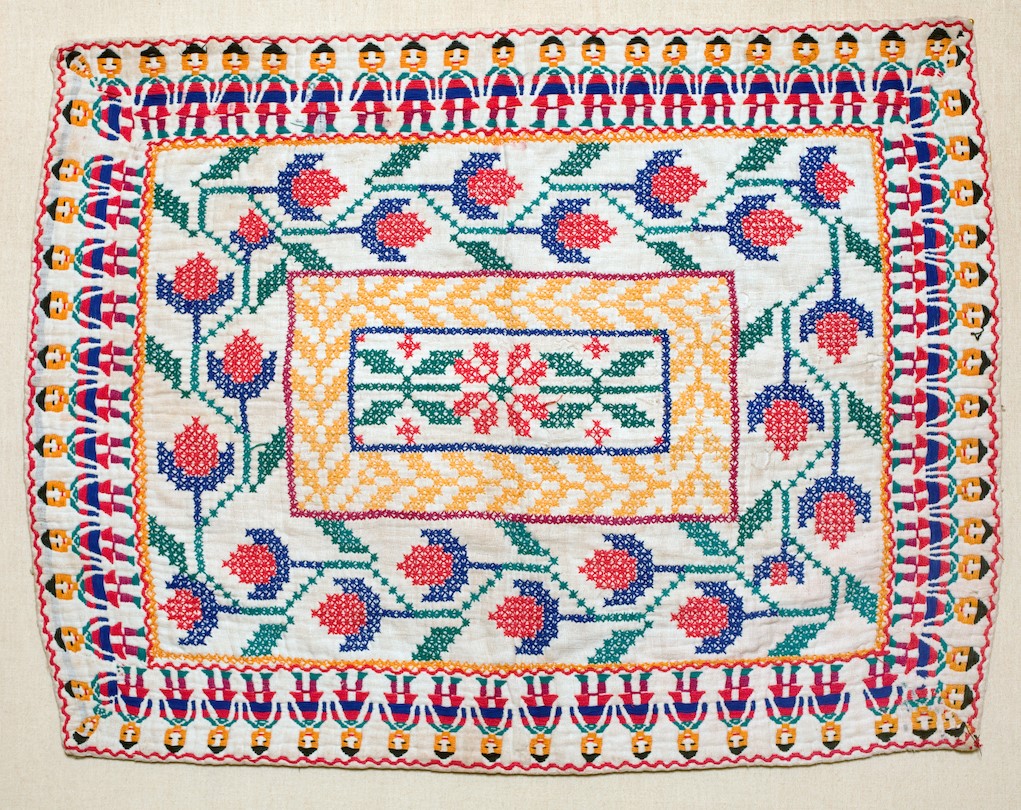 It is assumed the difference between male and female figures is the “pants” or “skirts”. The men’s pants are straight-legged and the women’s skirts are flared. All are wearing a hat. Or is that a topknot of hair? And what of the footwear? Closed shoes or boots aren’t really a common feature in Bengal. Another curious feature on the quilts shown here is the partial depiction of the people either in the corners or interrupted by a paisley.

It has been many years since I purchased this, my first kantha and still no indication who these little men and women are. I may never know their significance, yet they are delightful and always bring a smile to my face. 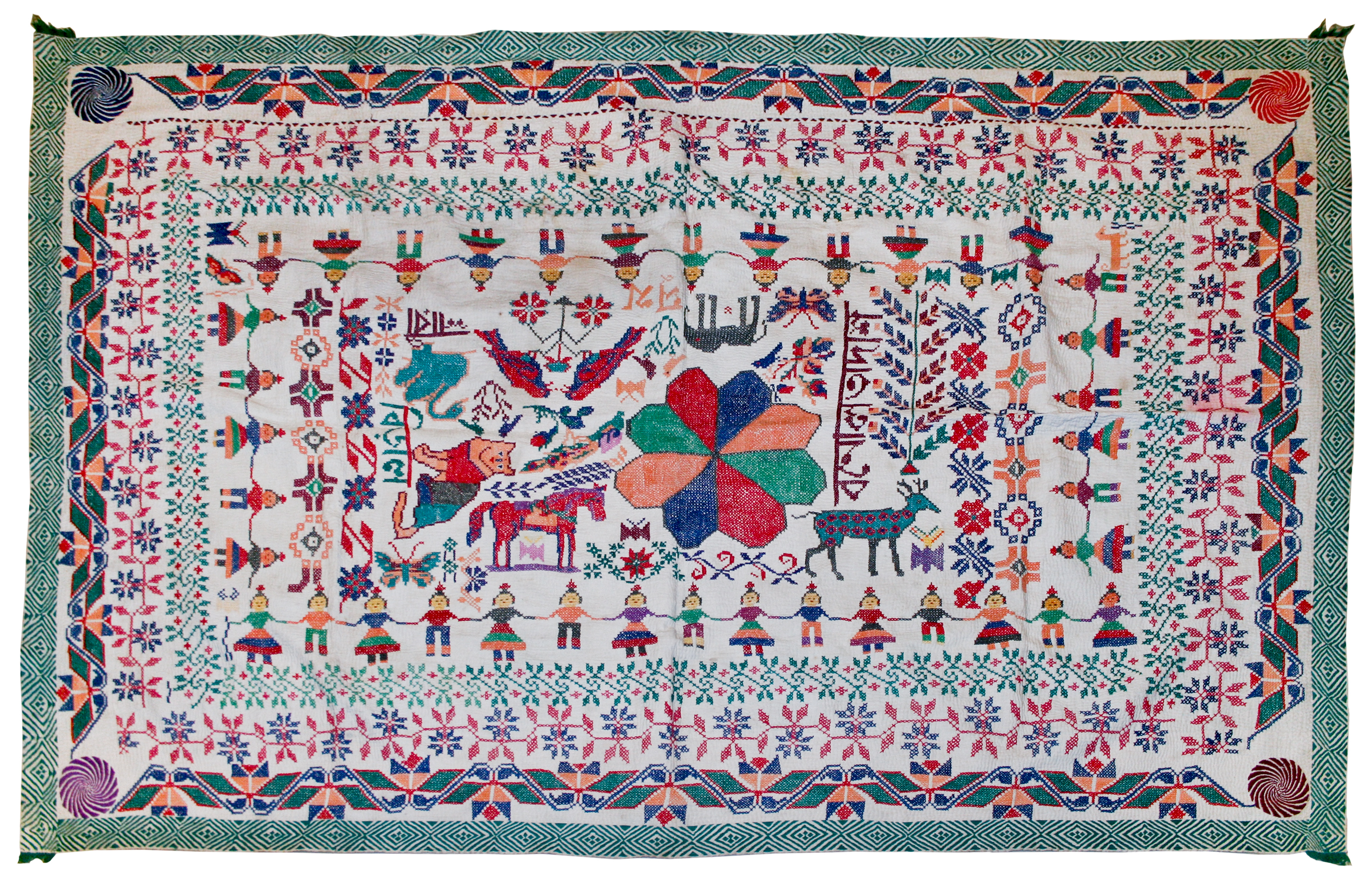 Find out more about the rich tradition of Kantha quilts in this video, taken from Patrick's fascinating film 'Quilting Genres of India: then and now'