ECT: Justine, you’ve been running a successful flower farm, Far Hill Flowers, in the hills of Monmouthshire for nearly a decade now. How did you get started?

JS: The idea began when we bought this place after living in 21 different places in 24 years (my husband was in the army). I was thinking about what I wanted to do and I knew I was interested in horticulture, so I did an RHS course at Sparsholt College in Hampshire. We spent a long time getting the house and garden in shape and I enjoyed working on the garden so much that when we were finally finished, I decided to try and do something with it.  My first thought was veg boxes, until my sister sent me a link to a flower farm in Somerset. As I looked at all these pictures of beautiful flowers, I suddenly realised that growing flowers would be so much more fun than vegetables! I spent 2013 growing as many flowers as I could, just to see what varieties grew well here. I grew things I love like sweet peas and nasturtiums, and things I’d never grown before, including cleome. And I found out that it honks! I’ve never grown it since.

ECT: Tell us about that first year

JS: The idea was to be a grower, so I contacted lots of local florists. My pitch was, ‘I grow British flowers you can’t find at the wholesalers. You can come to me.’ They were all very enthusiastic, but only one or two actually started ordering and, by the end of the year, I knew I wasn’t going to be able to pay the bills without doing something else as well. I decided to take a stand at a vintage wedding fair. I did autumnal display in deep, fiery reds and so many brides came up to me. That’s where the business really took off. Weddings are my main bread winner now. 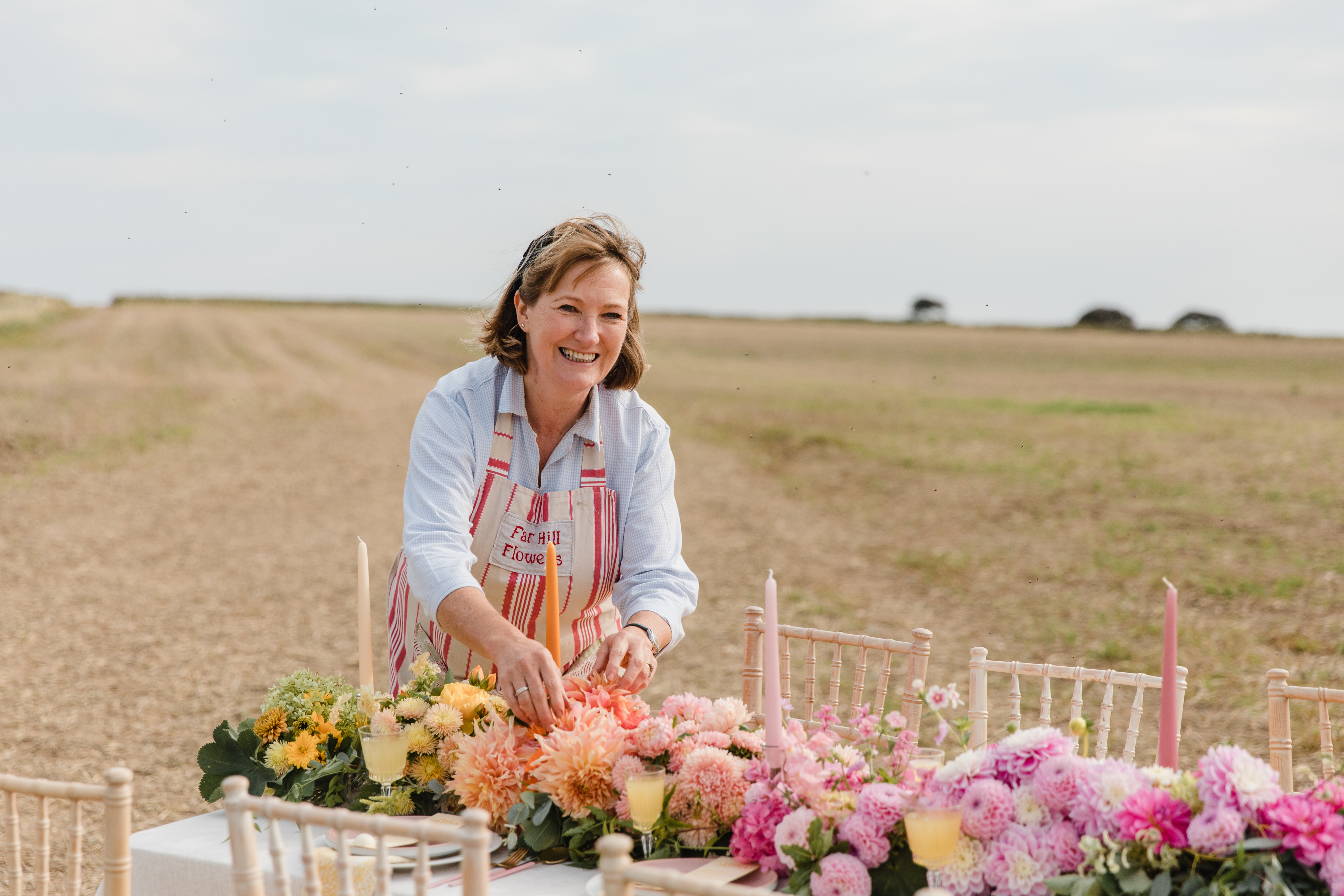 ECT: So how did you adapt when weddings stopped because of the pandemic?

JS: At the beginning, I still had weddings booked for late October, so I carried on growing as normal. Then all those weddings got postponed and I worried that I'd have nowhere to send all my flowers. I had always done bouquets on a small scale and not long into the first lockdown, local people started phoning up and asking for bouquets, some even took out subscriptions, and a holiday cottage business placed a weekly delivery. It wasn’t anything like a normal year when, as well as the weddings, I would also be doing floristry workshops, running flower farming course and giving talks, but the bouquets helped to keep things going and were a really good way of getting my name out there.

ECT: Tell us a bit about the farm and your style

JS: We have about an acre of flowers here. Some of that is the cutting patch, which is in raised beds with flowers packed in, and I also use the garden around the house. I grow cottage garden flowers - the flowers that want to grow here. 'Right plant, right place' is a really important lesson to learn - there’s no point fighting to grow something that doesn’t like the soil or the aspect. My style is informal and natural, arrangements that nod to the wild origins of the flowers. Everything is organic too – we don’t use any chemicals in the growing process, or any plastic or floral foam in our displays. 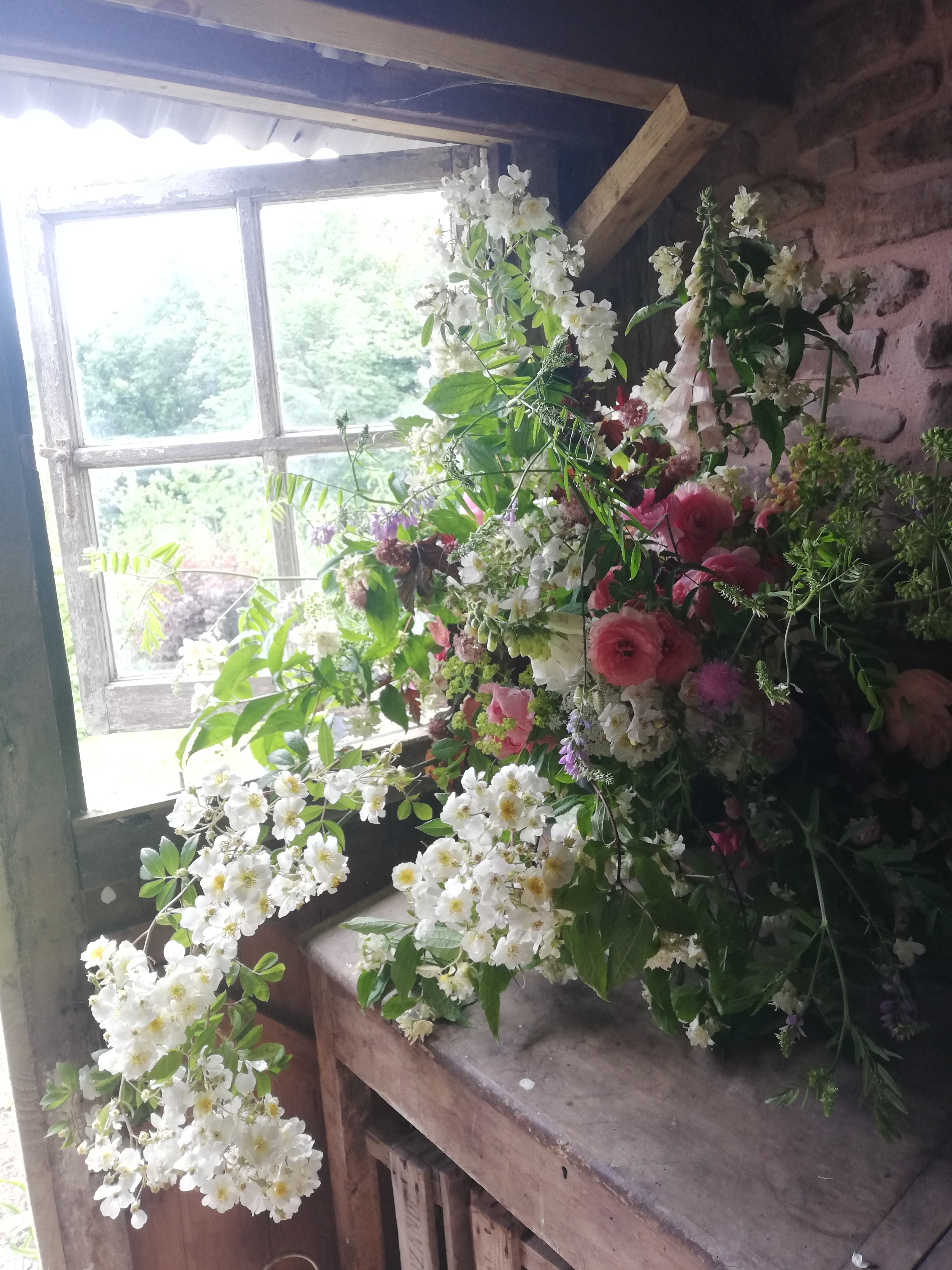 ECT: You’re also co-chair of Flowers from the Farm, a not-for-profit co-operative set up to promote British flowers and encourage more people to grow cut flowers for market in Britain

JS: Yes. When I first started, I wasn’t massively into the whole British flower thing. I just realised that the flowers I liked were the flowers that grew in my garden - I’d much rather have a posey with a floppy rose and some herbs than a vase of stiff-looking flowers that smell of nothing and last so long you have to dust them! Then I joined Flowers from the Farm and started to learn about the impact of imported cut flowers on the environment. The reason those flowers in the supermarkets last forever and have no smell is because they’re treated with chemicals and pesticides. They’re no good for the countries that grow them because the chemicals leach off and ruin the biodiversity, and then they’re flown around the world in refrigerated containers. It became really important to me to educate the public that British grown flowers, especially organic ones, are better for the planet. And they look and smell better too. 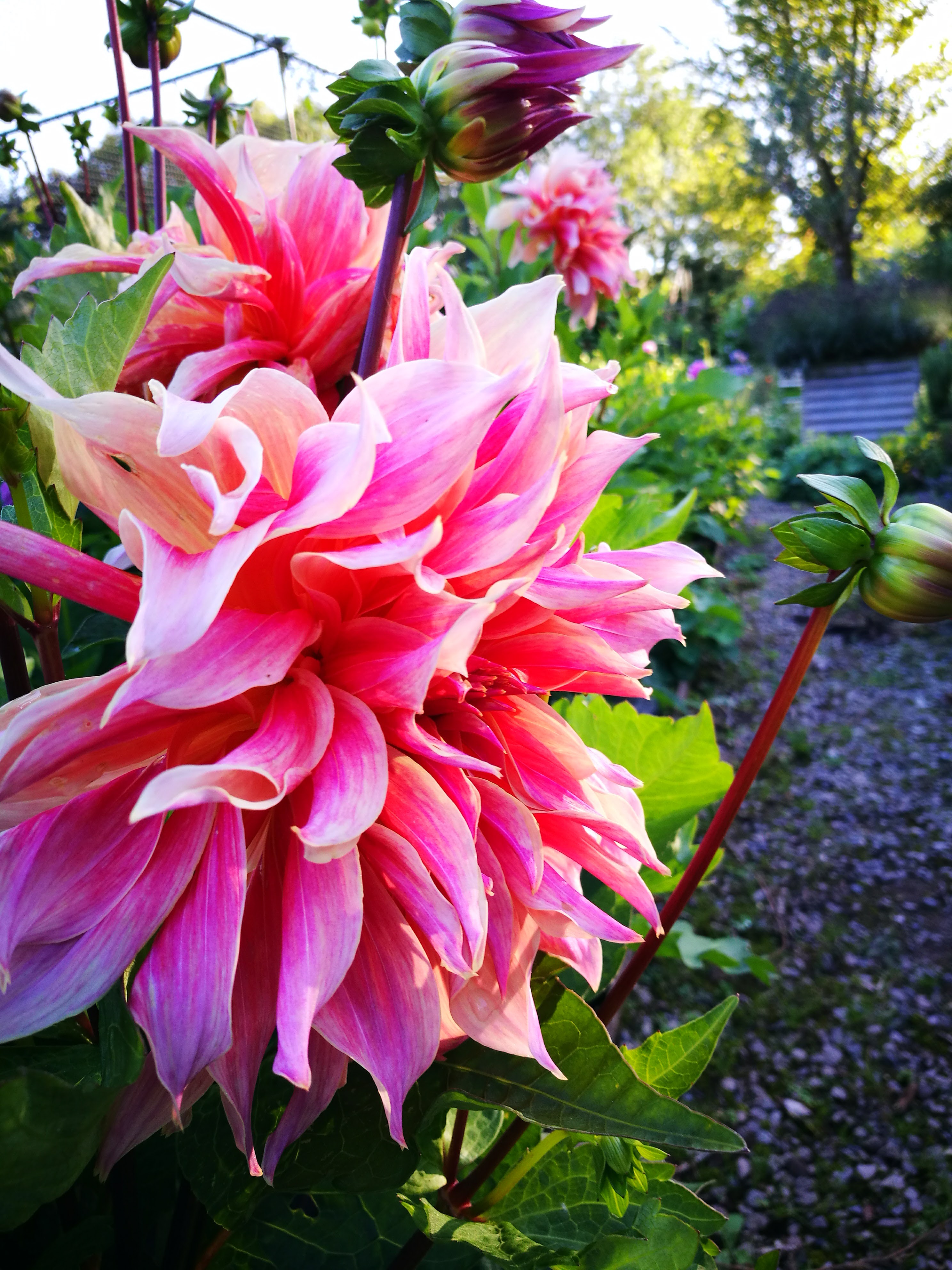 ECT: What top three tips would you give to people just getting started on a career as a grower and artisan florist

JS: Don’t beat yourself up about not making a huge amount of money at first. You need to put your flowers out there so people know about you. When I first started, I used British Flower Week to do a lot of marketing, including leaving bouquets with my business card and a note saying ‘lonely bouquet, please take’ on benches in the local area.

2. Be business savvy. It’s all very well growing and arranging beautiful flowers, but to succeed you need to be on top of your accounts and social media too.

3. Don’t stress the weeds. Weeds will always grow back no matter what you do and sometimes they grow into things you can use. Ground-elder, for example, produces a flower just like cow parsley that holds up brilliantly in water and looks really pretty.

We also asked Justine to pick her bloom of 2021 - find out what she chose and why,  watch below: