Kate Hebert is the Chief Curator of The American Museum & Gardens in Bath, home to one of the finest collections of quilts in the UK. In the fifth interview of our series, we sat down with her in our home city to find out more.

ECT: The American Museum & Gardens is in the British city of Bath – how did that come about?

KH: The museum grew out of an idea an American named Dr. Dallas Pratt and his British-born partner John Judkyn had in the 1950s. They owned a house in Freshford, just across the valley from Bath, and came to realise that, in the UK, exposure to American culture was limited to what people saw in films, so they decided to tell the history of Europeans moving to the United States. The location was something of an aligning of planets – Pratt and Judkyn were local to Bath and Claverton Manor became available at the right time. They bought panelling, floorboards, furniture and furnishings from America (often from buildings that were about to be demolished) and shipped them over to the Museum to install within the Georgian rooms of Claverton Manor. Their American Museum opened in 1961.

ECT: So what can visitors to the museum today expect to see?

KH: We have introductory galleries with objects from indigenous communities, then the rest of the museum is made up of a series of room sets showing how people would have lived. The earliest room is 1690, and we go up to 1860. 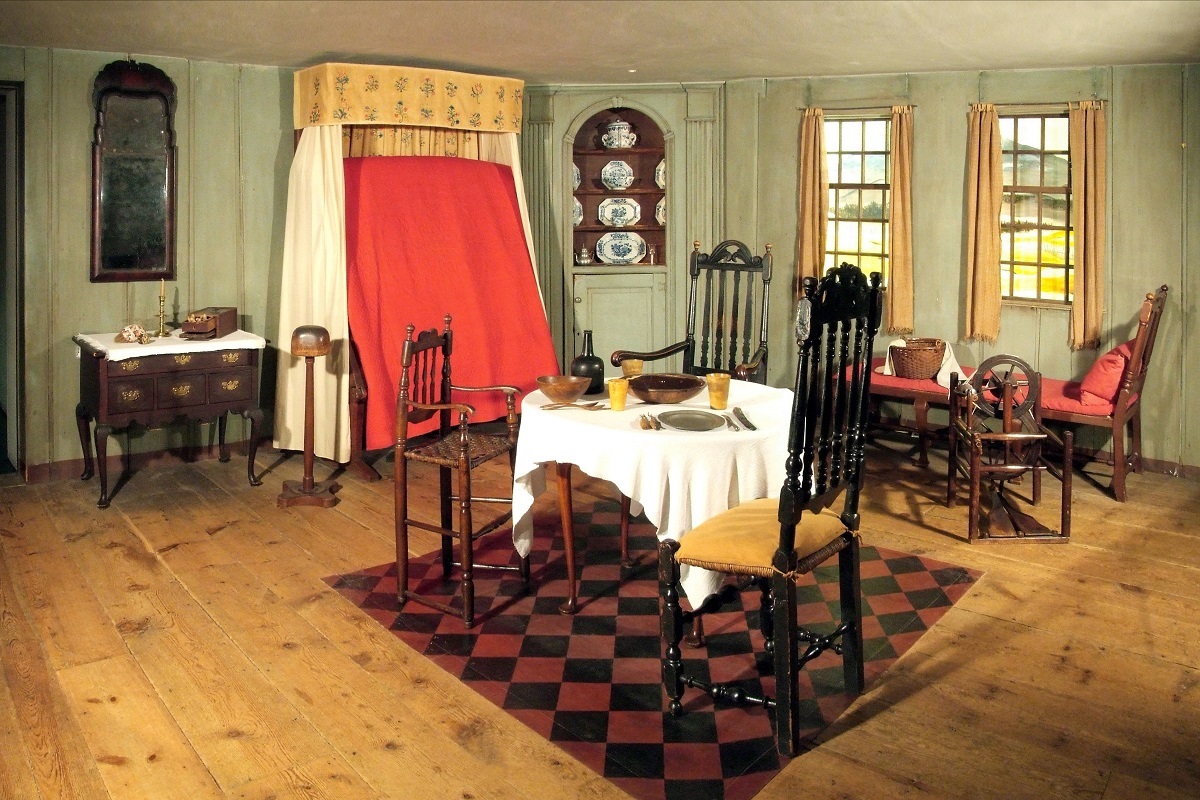 KH: Yes, we have just over 250 quilts here, the oldest of which is dated 1817. Some of the quilts are displayed in the room sets, and we also have a wonderful textile room with a hanging display that visitors can leaf through, rather like a giant book with pages of quilts. There are examples of other textiles too, such as woven coverlets, Navajo and New Mexico weavings, and hooked rugs. We change the display each year and I always try to have examples of different techniques.

ECT: Are all the quilts American?

KH: They are. We do have two quilts by Kaffe Fassett, but he was born in America. 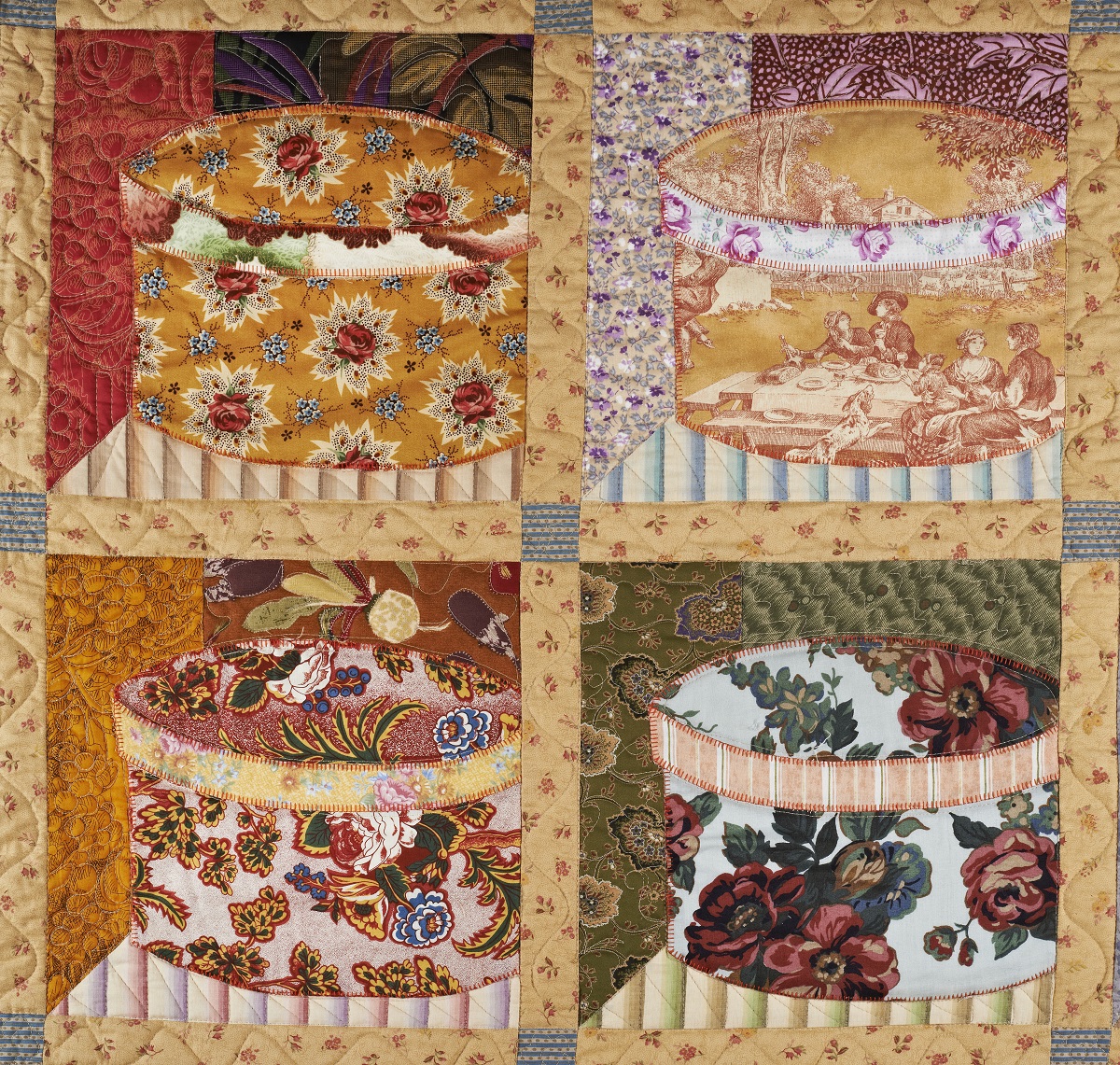 ECT: Other than the location of their making, what's so distinctive about American quilts?

KH: Well, quilting was taken to America by immigrants so, of course, there is a lot of cross over with quilts from the rest of the world, but there are some that I would say are iconically American. Log Cabin quilts for example, which are pieced together using strips of fabric. They only became popular in the mid-19th Century, but then they became so popular that everyone was making them and soon the state quilt fairs had to give them their own category! 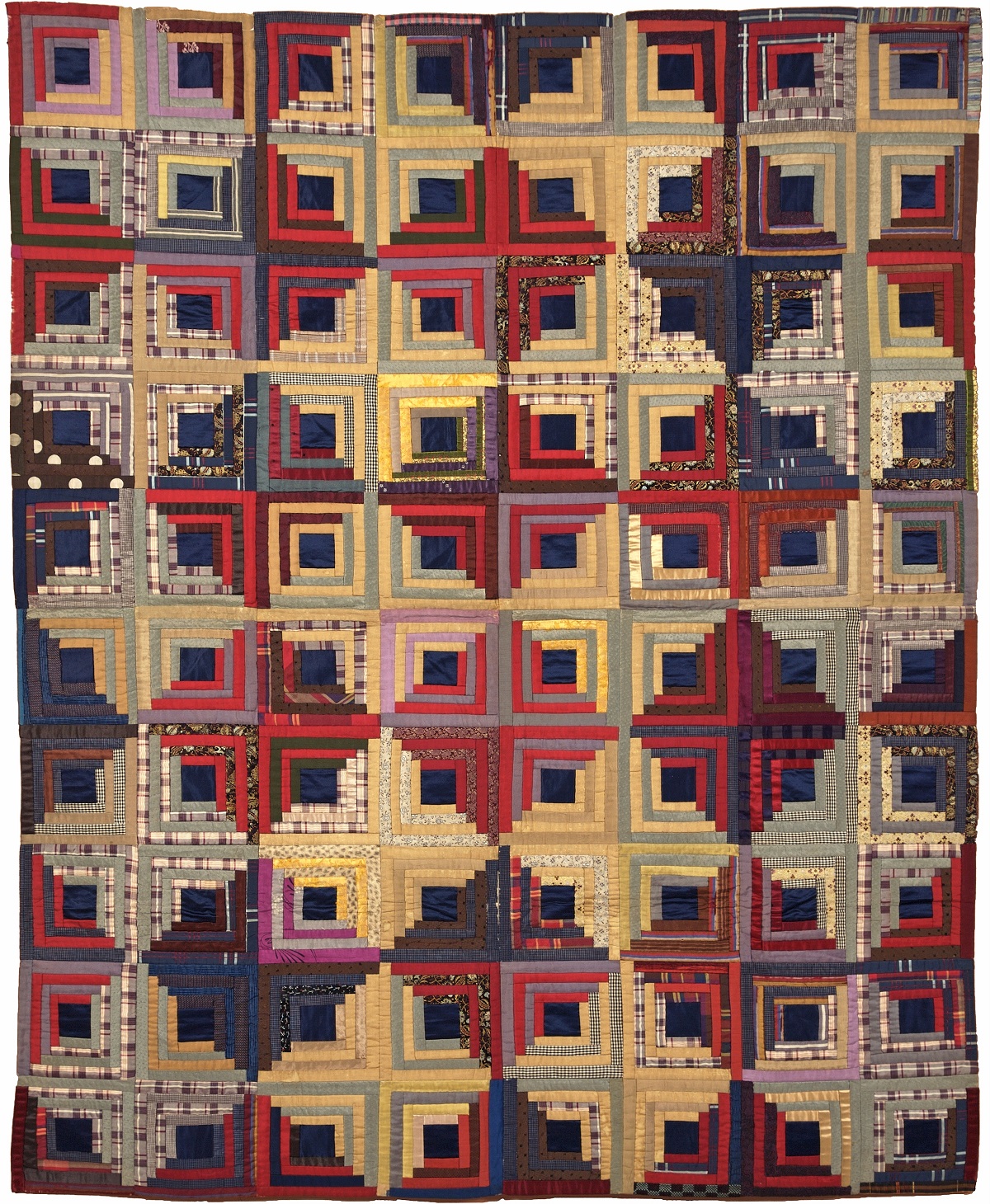 Hawaiian quilts are really quite unique in the way they look too. Hawaii has a warm climate, but their quilts are made from thick wadding. What they did was take large pieces of fabric, fold them in the same way you would fold a paper snowflake, and then cut them to create a symmetrical pattern. This pattern was then applied to plain pieces of fabric and stitched around in a series of parallel lines to make it really pop out. That’s why they used such thick wadding. 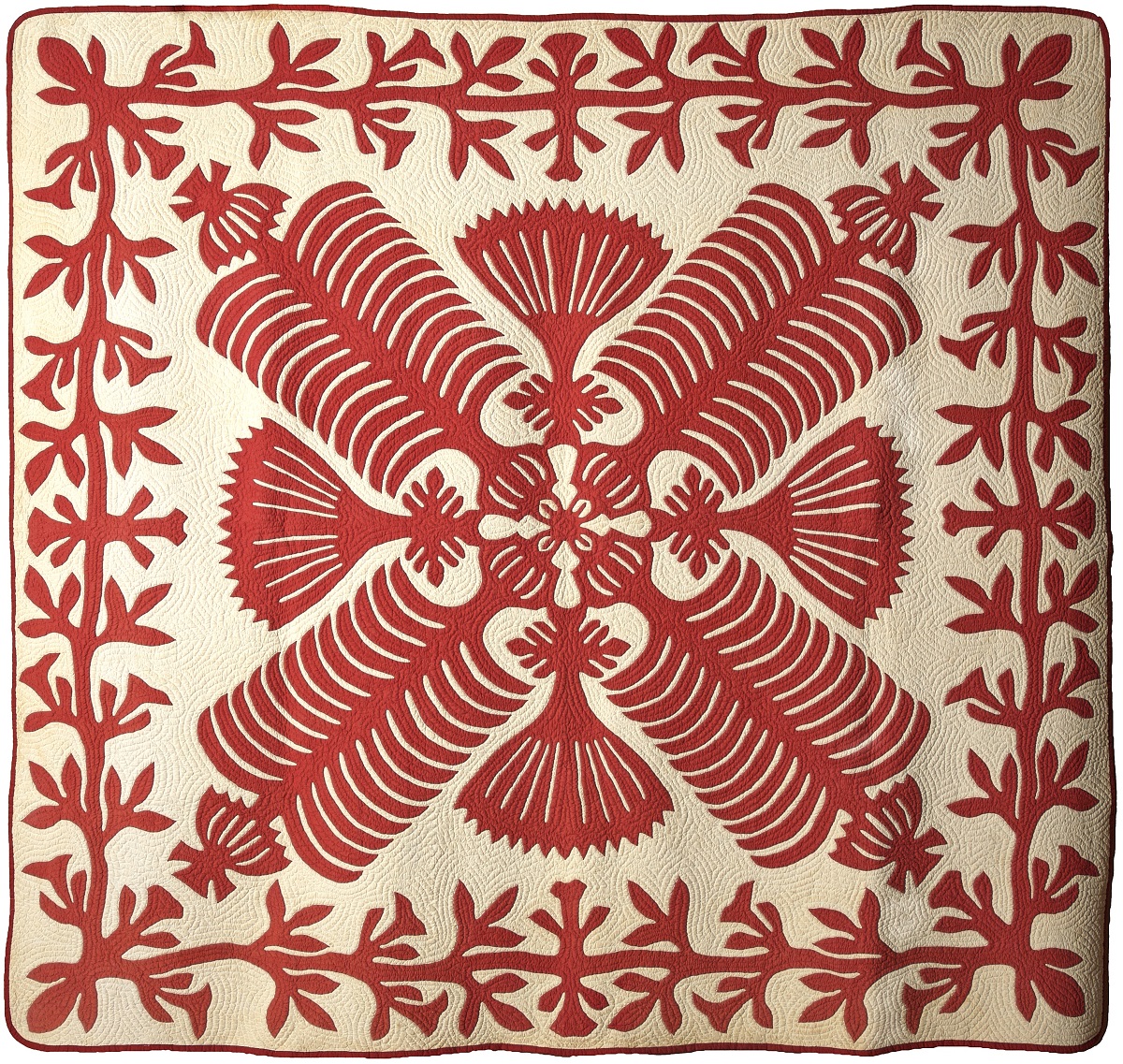 Then there are the Amish quilts with their quite toned-down colours and hand-quilting techniques. We have several of those in the collection. 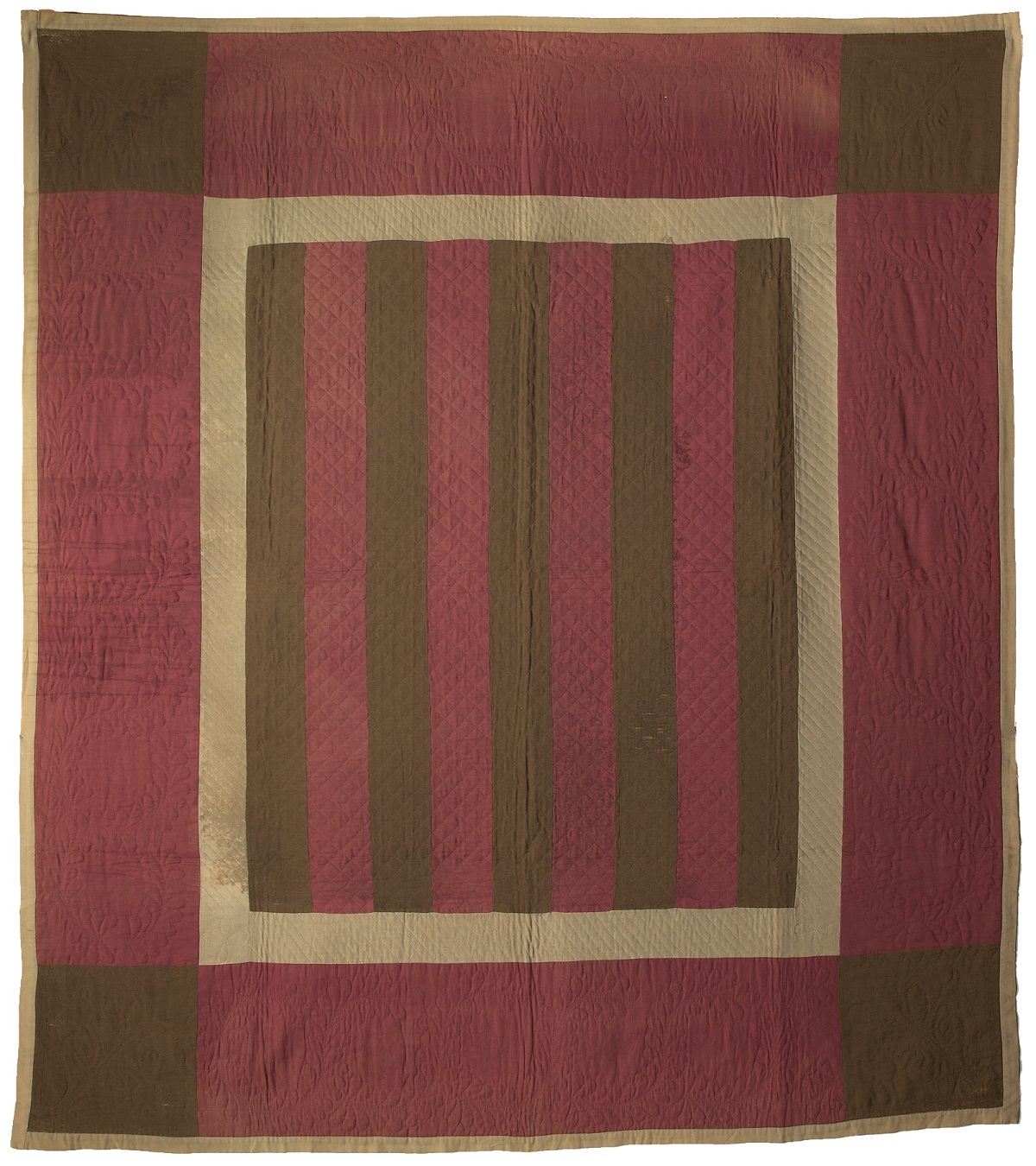 ECT: Do you have contemporary quilts too?

KH: Our focus has been on historic quilts, but we do collect up to the present day. We have a couple of amazing pieces by an isolated community in Alabama called ‘Gees Bend quilters’, for example. I would like to collect more pieces by some more of these overlooked, marginalised artists - top of my dream list is something by Bisa Butler. She is a black quilt artist who takes historic photographs of African Americans and recreates them as slightly more than life-size, coloured quilt portraits. They’re incredible. 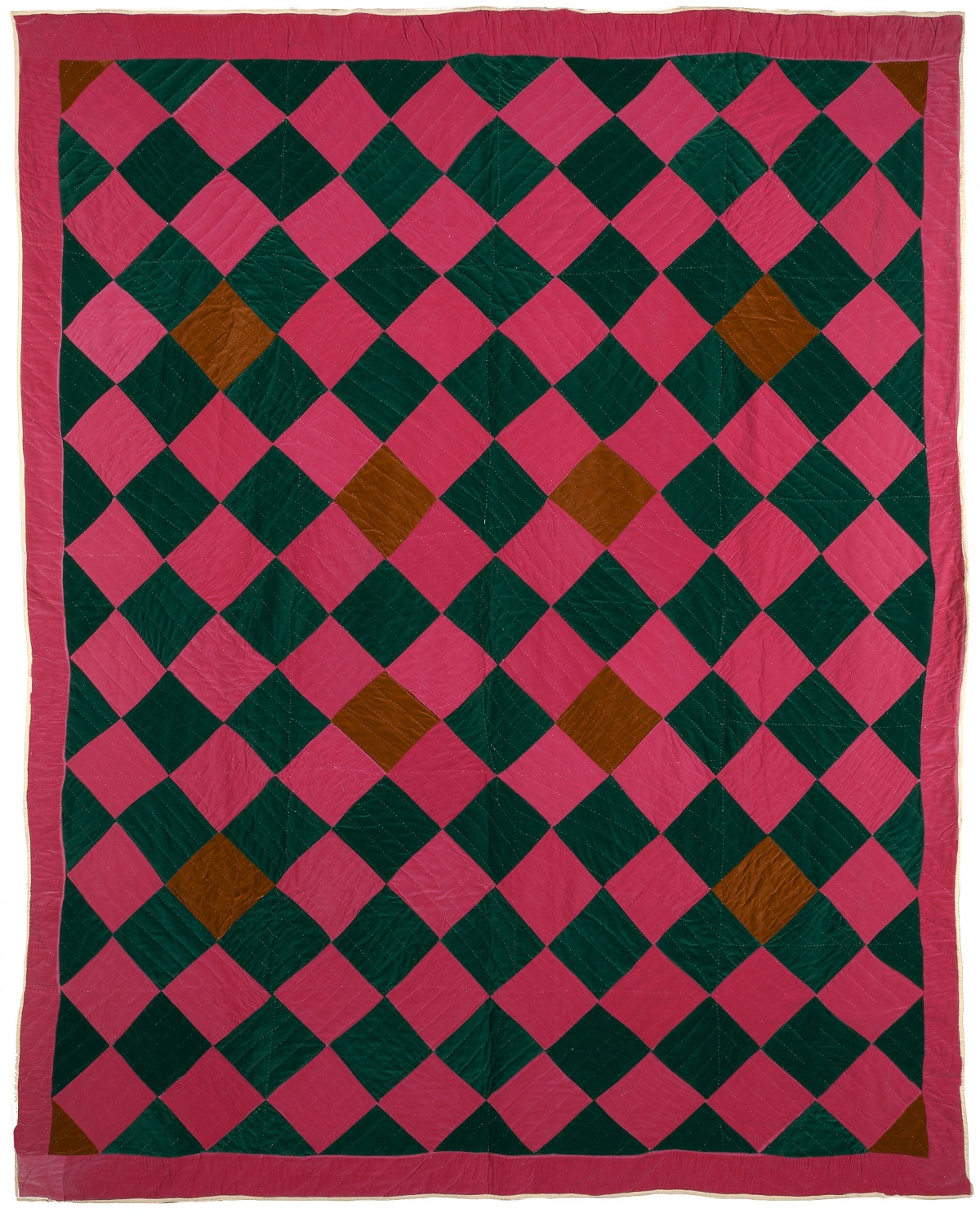 ECT: What can quilts teach us about the history of the place in which they are made?

KH: The patterns and materials show the aesthetics, and the changes in the aesthetics, of the place in which they are made. And on a more practical level, the fabrics and techniques can teach us about the history of manufacturing and industrialisation. In the United States, for example, you see an increase from the mid-19th Century in pieced patchwork quilts because more people had sewing machines. Then are political messages, particularly in the more contemporary quilts, and of course, there are the stories of people’s family history. I think those are some of favourites. I love to see evidence of a life lived. We have got one quilt that’s been so treasured that, rather than being discarded when it wore thin, it has been cut up and sewn back together. 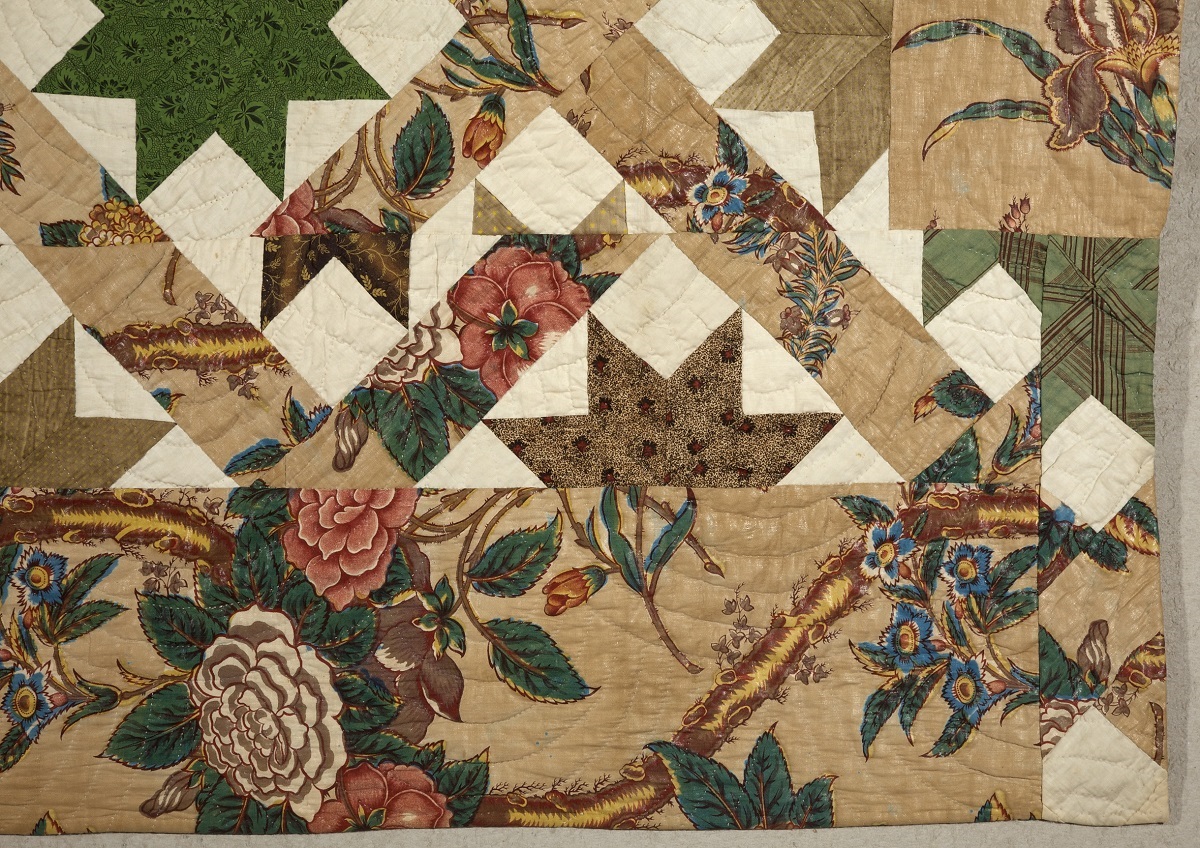