Lucerne’s most recognisable landmark is the wonderful 170-meter-long covered wooden footbridge known as Kapellbrücke (Chapel Bridge). Built in 1333 to link the old town on the north bank of the Reuss River to the new town on the south bank, it is the oldest surviving truss bridge in the world. It has lost about 30 meters in length over the centries thanks to changes in the river banks, but it still an impressive sight, zig-zagging its way across the River Reuss.

Chapel Bridge is not just famous for its age, it is also one of only two in the world to boast a roof decorated with painted triangular frames. (The other one, Spreuerbrucke, is also in Lucerne.) The work of a Catholic painter named Hans Heinrich Wägmann who lived in the area in the 17th century, these panels tell tales of the city’s rich history, from the life and death of Lucerne’ s patron saint St. Leger to legends of its other patron saint St. Maurice. They are also decorated with various coats of arms – the family symbols of the members of the city council who sponsored the panels.

Wägmann completed 158 paintings, 147 of which survived right into the late 20th Century. Then on 18th August 1993, a fire, thought to have been started by a dropped cigarette, took hold and destroyed two thirds of the paintings.  Afterwards, the remains of 47 paintings were collected but only 30 were fully restored. The damaged works were then replaced with others that had been safely in store since 1834. 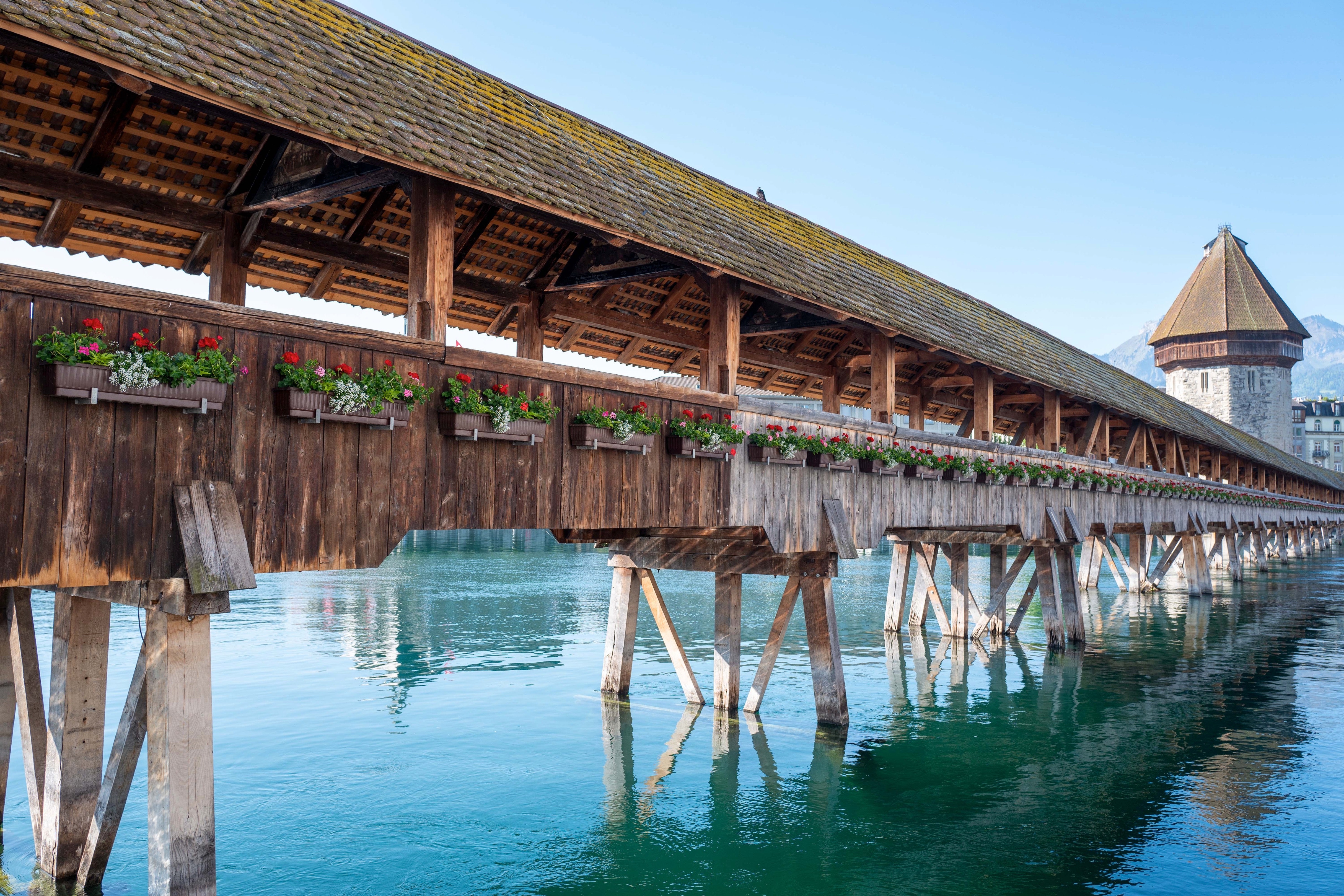 The tower standing 43 meters tall beside the bridge is called Wasserturm, or water tower. Not that it has ever been used to store water - the name comes from its location in the river. Over the years Wasserturm has been a prison, a torture chamber, a municipal archive and is now a local club. It isn’t possible to climb the tower, but there is a lovely souvenir shop inside. 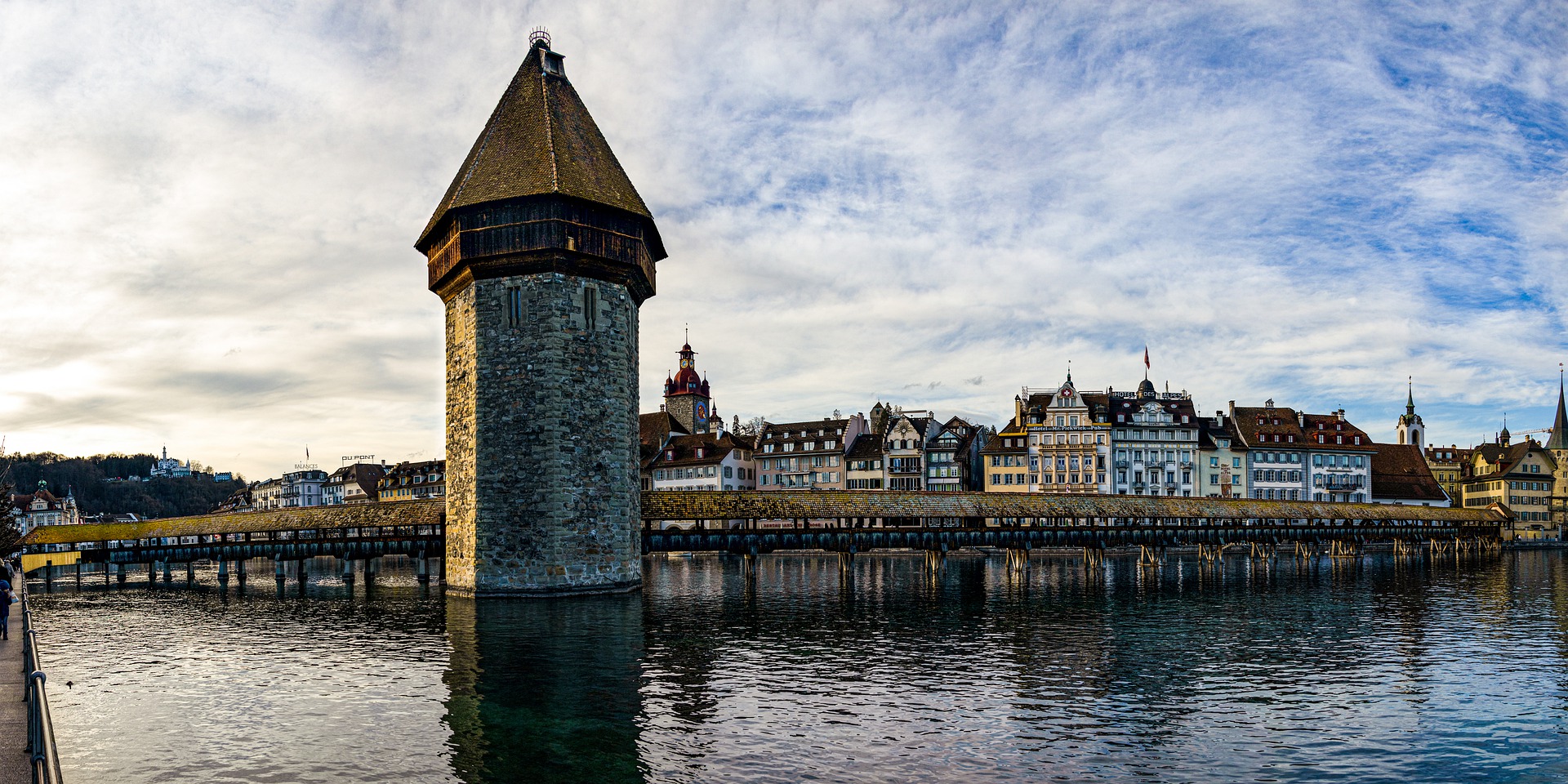 Why not come and see this rare gem for yourself on our Winter Wonderland in the Swiss Village of Andermatt tour in December 2021? Find out more here