‘Friends, Romans and Countryside’ a floral adventure in Bath with Katherine Kear

‘Friends, Romans and Countryside’ a floral adventure in Bath with Katherine Kear

Join NAFAS Chair Katherine Kear on this fascinating three-day tour of Bath and Wells, filled with history, flowers and gardens 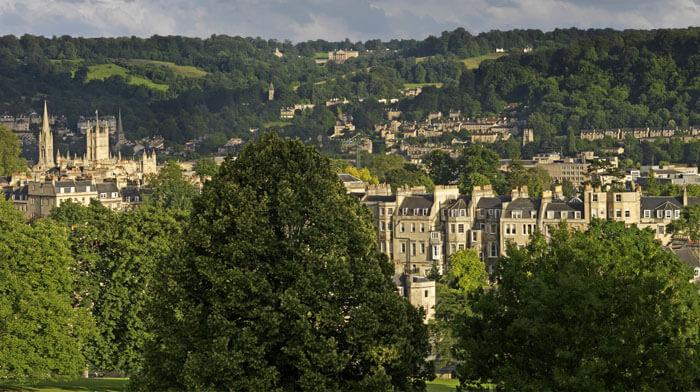 A wonderful way to see and spend time with Flower Friends

Built for pleasure and relaxation, beautiful Bath has been a well-being destination since Roman times. Taking inspiration from this wonderful part of England and its history, NAFAS Chairman Katherine Kear will be hosting this special tour, with a  two-night stay in central Bath and lots of great floral fun. Enjoy visits to historical sites in Bath and the pretty cathedral town of  Wells, as well as to meet an artisan flower grower and florist - with floral demonstrations and talks with local experts along the way. Katherine will also judge the Chairman's Challenge: to create (and wear) a Roman wreath of your own design. 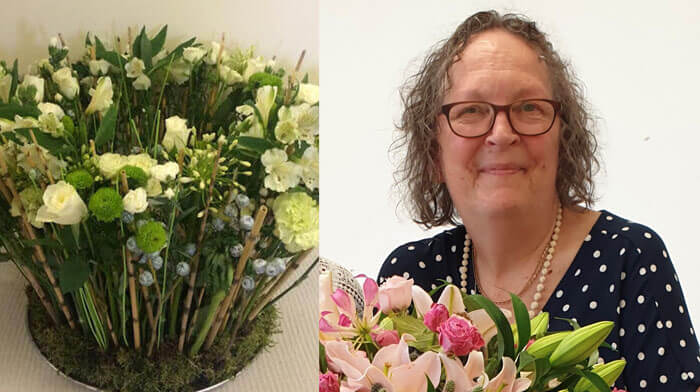 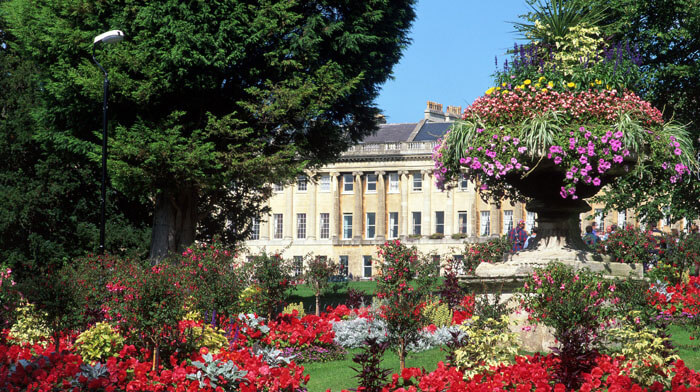 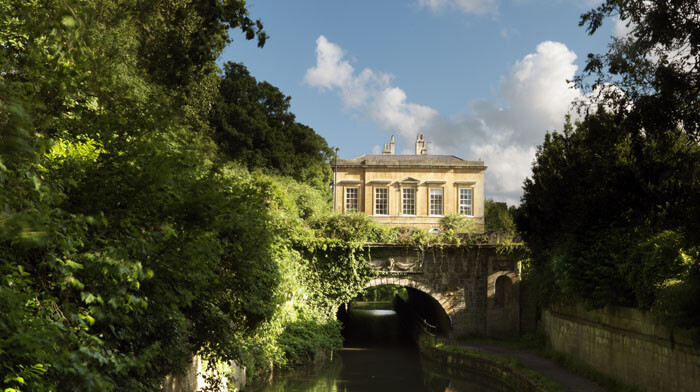 Experiences you will treasure

﻿I am thoroughly looking forward to leading this trip - what better way to indulge in several of my favourite things? Add to that a stay in a super hotel and lots of fun with like minded travellers, who wouldn't want to join me?

How much is it?

In the Roman era, wreaths and garlands were popular decorations worn on the head, around the neck, or over one shoulder. A typical piece was made of leaves or a mixture of nuts, flowers, fruit, cereal heads, and cords added.

Differing styles had individual names: corona civica, made of Oak as a mark of honour, corona radiata worn looking like a crown by a deified hero to name just a couple. Academics wore one of laurus nobilise, hence the origin of the word baccalaureate. Often the head wreathes or crown garlands were tied at the back of the head with ribbons ( taenia) that trailed down the back.

Katherine's challenge for you is to use this information to help you create a wreath at home and bring it with you to and wear at our opening night welcome drinks. Katherine will judge your designs and the results will be announced after dinner, with the winner receiving a glass of champagne.

Get your creative juices flowing!

The Roman settlement in Bath,  Aquae Sulis, had the most important Roman bathhouse in Britain, including a temple dedicated to both the ancient Celtic god, Sulis, and Minerva, the Roman goddess of wisdom. 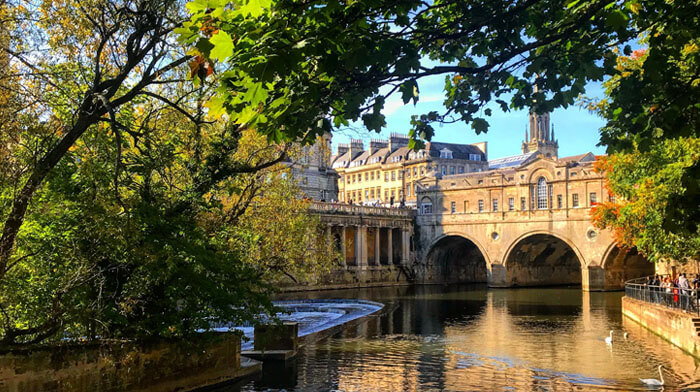 What's included in your holiday 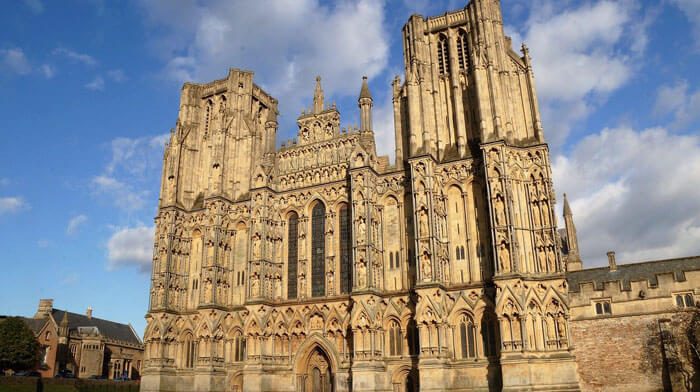 Itinerary - what you will do when

You will make your own way to Bath

We can offer extra night’s accommodation for anyone who wishes to spend more time in Bath.

Please let us know if you wish to extend your visit. 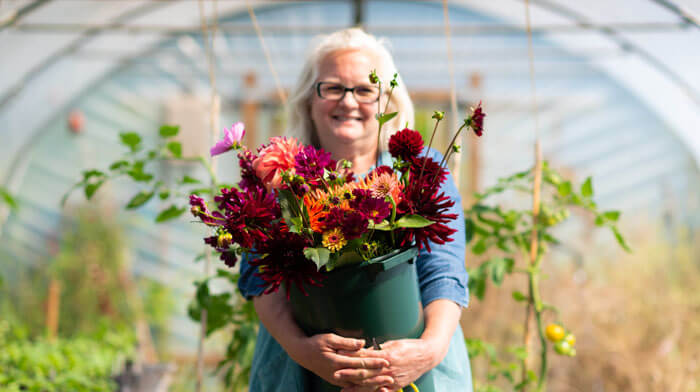 Sarah Wilson and her husband Bob launched Compton Garden Flowers in 2016. Passionate about British flowers, they grow the vast majority of the plants in their 60 beds from seed as nature intended, without any harsh chemicals. Their flowers are quintessentially cottage garden, grown because they make great cut flowers oozing with colour and scent – think cosmos, phlox, cornflowers, and dahlias. Read our interview with Sarah, and watch here talking about her favourite summer flower, the Dahlia, below: 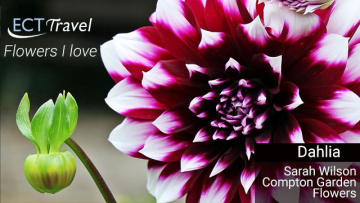 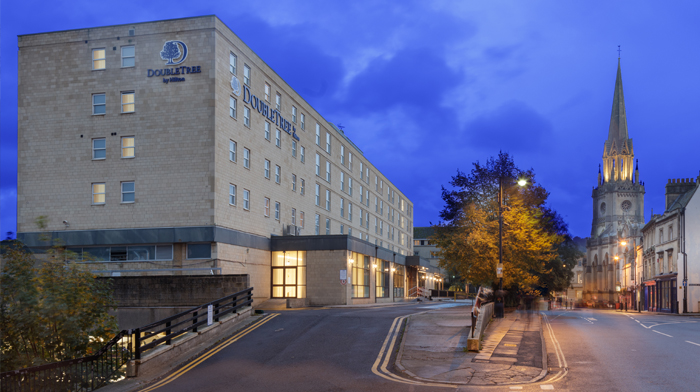 Where you will stay

This 4-star modern hotel is based in Walcot Street on the banks of the River Avon, a short walk from key sites such as Pulteney Bridge and the Roman Baths, as well as the famous Thermae Bath Spa and fantastic shopping. Bath Spa Railway Station is a short 12-minute walk away. You can enjoy city views, great food, free WiFi and the fitness centre.

We can offer extra night’s accommodation for anyone who wishes to spend more time in Bath, prices are currently unavailable, if you are interested, please let us know so we can advise you when rates are available.

For those who wish to drive:

If you are driving, there is a public underground carpark next to the hotel called ‘The Podium’ and they offer a discount of £15 per night for hotel guests. The information from the hotel regarding the parking system is as below:

On arrival to the carpark you receive a yellow token, which reception scans when you checkout. This will reduce the rate to £15.00 and you pay this in the car park whenever you are ready to leave. Once you have checked out, and have had your token scanned – you do not need to leave the car park straight away. The token is valid until midnight, leaving you with more time to enjoy Bath. If you do not move your car, it will cost £15.00 for the entirety of the stay. However, if you need to use your car during the day then it will cost £15.00 per exit.’

Please note that Bath operates a Clean Air Zone which means you may have to pay a daily charge to drive in the zone if your vehicle does not meet required emission standards. For more information please visit: https://beta.bathnes.gov.uk/find-out-bath-clean-air-zone-charges

Coral is a member of Chew Valley Flower Club and is currently the Chairman of Innovation Contemporary Group. She trained as a demonstrator in 2007, passing her National Demonstrators test in 2014, and enjoys travelling the length and breadth of the country, sharing her love of garden plant materials by combining her creative talent and sense of fun to create stunning floral designs. Previous claims to fame include winning a Chelsea gold medal whilst exhibiting on behalf of the South West area; a television appearance on Country File, and working as designer for flower festivals at the Bishops Palace in Wells. 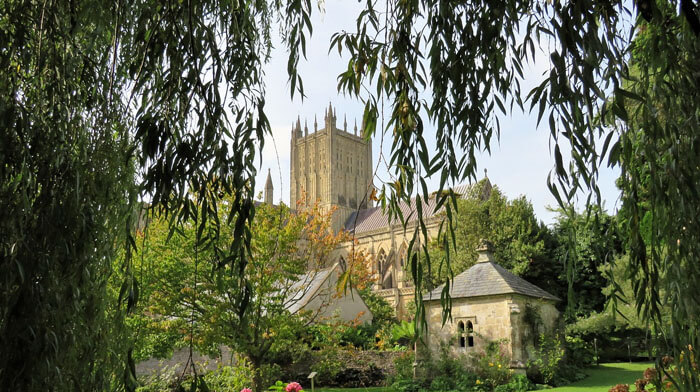 Built between 1175 and 1490, Wells Cathedral has been described as ‘the most poetic of the English Cathedrals’. Set in the medieval heart of England’s  (second) smallest city, Wells is the earliest English cathedral built in the Gothic style. Most famous for having the country’s largest collection stained glass windows, the Jesse Window is one of the most splendid examples of 14thC stained glass in the whole of Europe. Other highlights include the Wells Clock, believed to be the oldest clock mechanism in the UK, the fascinating octagonal Chapter House, the rare chained library, the magnificent West Front and the beautiful ‘scissor arches’ supporting the central tower. 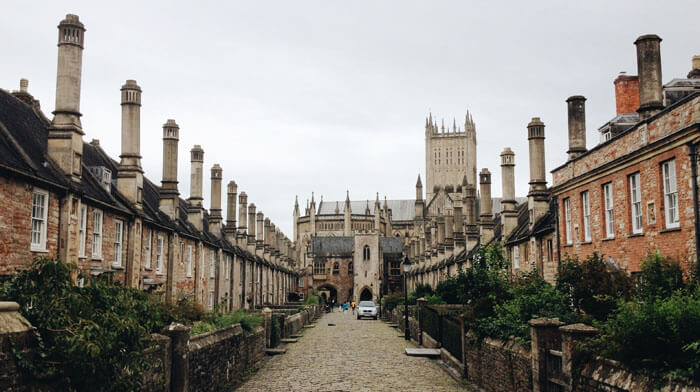 Adjoining the Cathedral is Vicar’s Close, believed to be the only complete medieval street left in England. Originally designed to provide communal accommodation for the Vicars Choral, who sang daily worship in the Cathedral, a tradition that continues to this day. The houses which line the close were built in the 14thC (the iconic chimneys were added in the 15thC) under the direction of Bishop Ralph of Shrewsbury. There were originally 42 houses, one for each vicar, but following the decision during the Reformation to allow vicars to marry, some were combined. Today there are 27 residences, a chapel, library, treasury and muniment (title deed) room. There is also a dining room connected to the Cathedral by a covered walkway known as the ‘Chain Gate Bridge’. 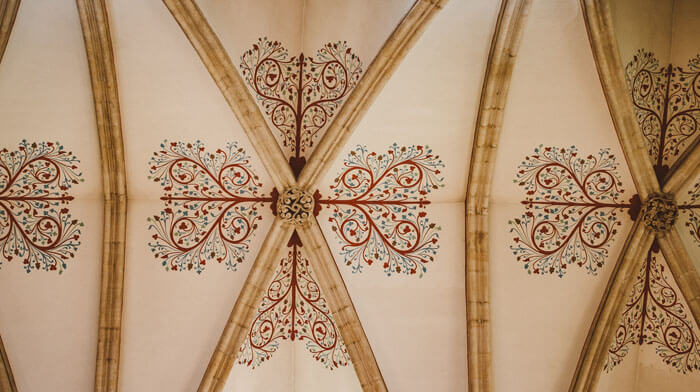 This splendid medieval palace has been the home of the Bishops of Bath & Wells for more than 800 years, ever since the first Bishop received a crown licence to build a residence and deep park to the south of the cathedral. This uniquely moated palace has an imposing gatehouse with portcullis and a drawbridge so you feel as though you are entering a castle. Inside the walls you will find a Great Hall, the Bishop’s private chapel and 14 acres of beautiful, RHS Partner gardens that include an arboretum, a Community Garden and a tranquil Garden of Reflection. 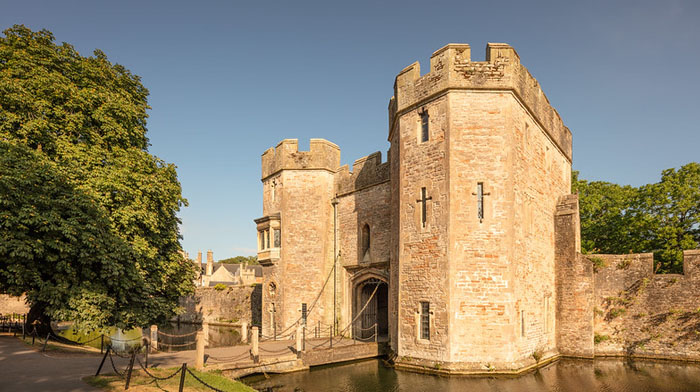 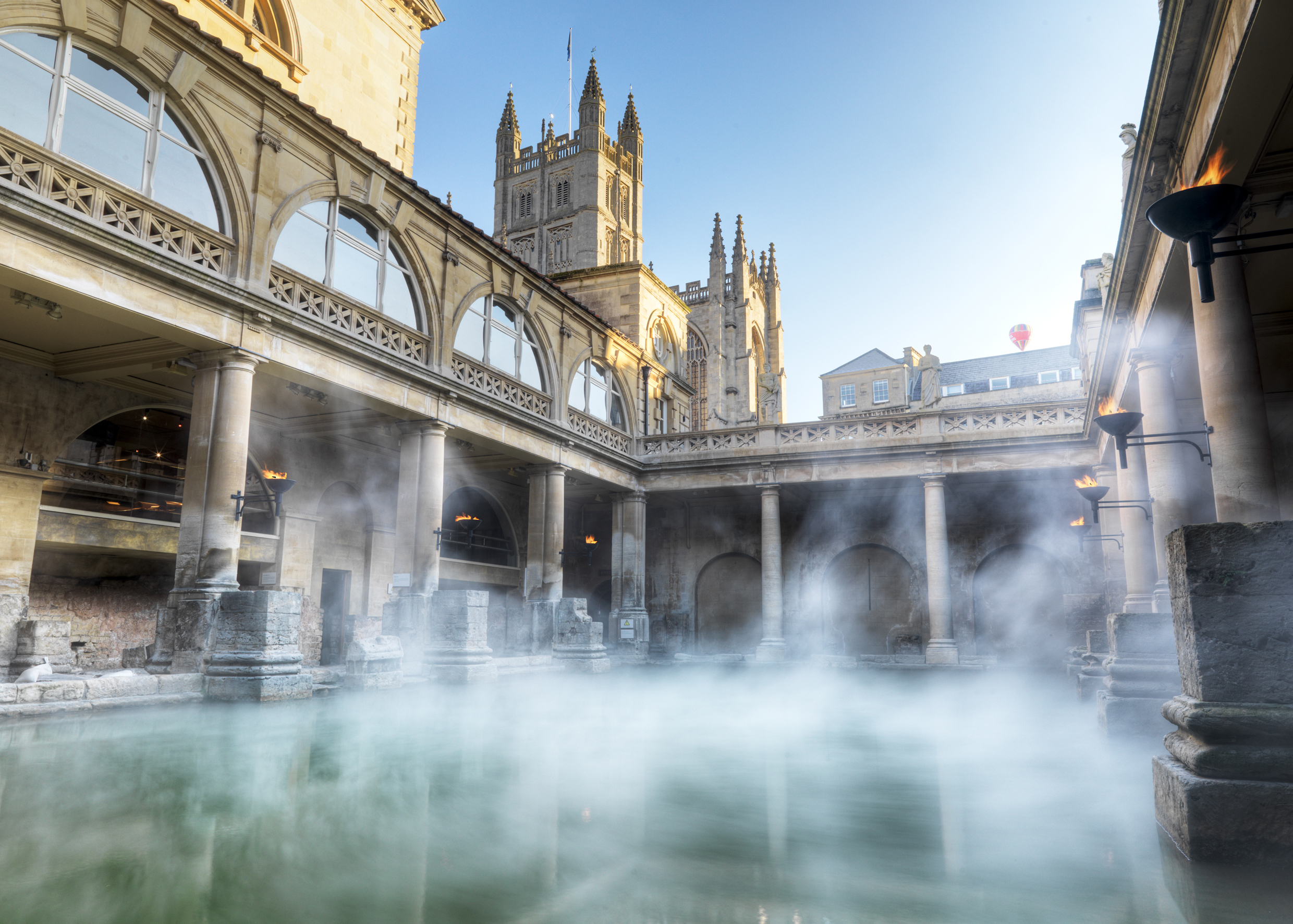 Constructed in around 70AD as a grand complex for bathing and socialising, The Roman Baths is one of the best-preserved Roman remains in the world. The city’s unique thermal springs still rise in the site, filling it with 1,170,000 litres of natural hot water every day. The Baths are at the site of extensive ruins where you can step back in time. Walk on original Roman pavements, explore the chambers that housed changing rooms and tepid plunge pools and see the ruins of the Temple of Sulis Minerva, the sacred area where Roman worshippers gathered to pray to the goddess Sulis Minerva and made sacrifices at the great altar. 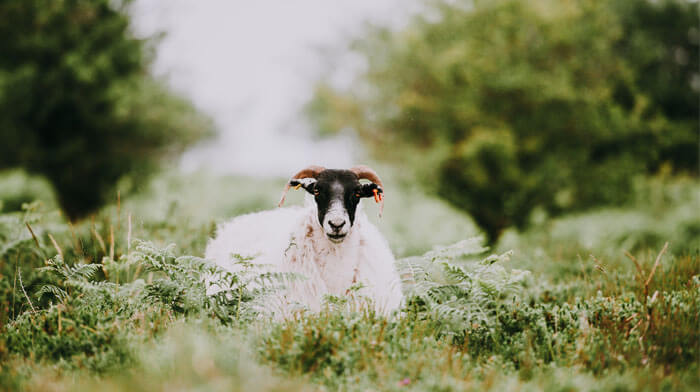 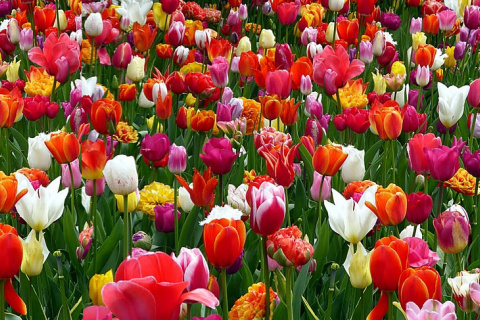 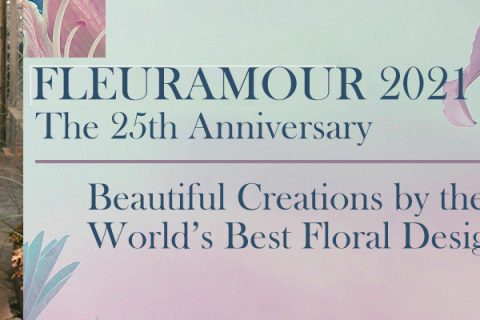 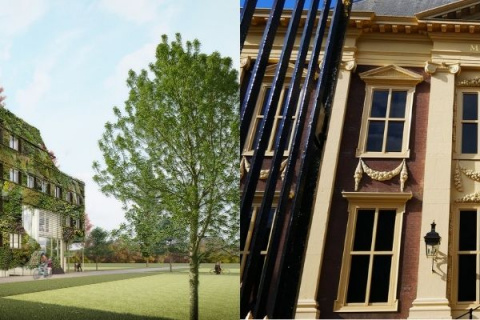 We'd love to hear from you

We look forward to arranging your future holiday, and with over twenty years of experience we are here to help with any questions you may have.

Like to learn more? Just give us a call or send an email. We're here to help!